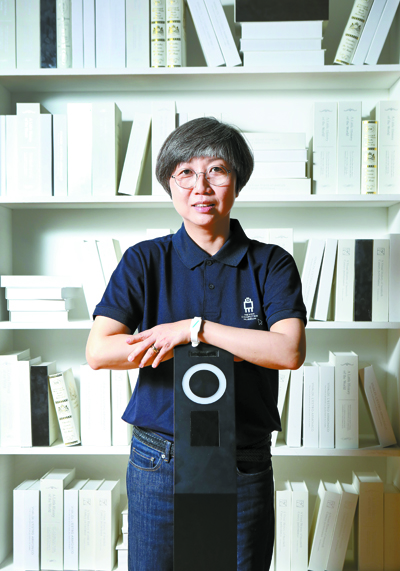 Gaming may be one of the most popular hobbies in Korea, while at the same time, it is one of the most disparaged. Even though some people consider gaming to be useless and even harmful, 80.7 percent of cultural export profits in 2017 came from games, a total of $5.9 billion, according to a report about the content market by the Ministry of Culture, Sports and Tourism released earlier this month.

The industry has grown at an incredible speed and will continue to do so with the development of digital technology. At the heart of it all is Korean gaming company Nexon, which has a 25-year online gaming history.

Founded in 1994 by Kim Jung-joo, Nexon celebrates its silver jubilee this year. To celebrate the company’s quarter century milestone, Nexon is presenting an exhibition titled “Game a Game /invite you,” featuring 20 media art works based on the company’s games and data from over the years. The show, which runs until Sept. 1 at the Art Sonje Center in Jongno District, central Seoul, is a chance to appreciate the cultural value of games.

The marriage of gaming and art came from the mind of Choi Yun-ah, the director of the Nexon Computer Museum, the first computer museum in Asia. Choi took the helm in planning, designing and organizing the exhibition, which she dubbed as “a chance to see a new side of online gaming never seen before.”

Choi herself is the living proof that art and gaming can come together to improve society. She majored in Educational Technology during university, earned a masters degree in fine arts from Seoul National University and is working to complete her Ph.D. in art education at the same school. Before joining NXC, Nexon’s de facto holding company in 2011, Choi worked at Art Sonje Center as the head of the education team and sat as the president of a non-profit art education center called in2museum, while also working for art exhibition organizer Space For Contemporary Art. She began working with Nexon to design its new Computer Museum in 2011 and has been sitting as the museum’s director since 2013.

“We didn’t actually intend for it to coincide with the 25th anniversary of Korea’s online games,” said Choi. “But during our meeting, we realized that this year would be the 25th anniversary. We’ve always wanted to talk about the history of online games, more so because the Computer Museum started to take shape last year. As a game company, we haven’t really had the chance to talk about online games as much as we would have wanted to. So since it’s the silver jubilee, we thought, let’s take this opportunity to talk about Nexon’s 25 years and the history of online games that developed during those years.” 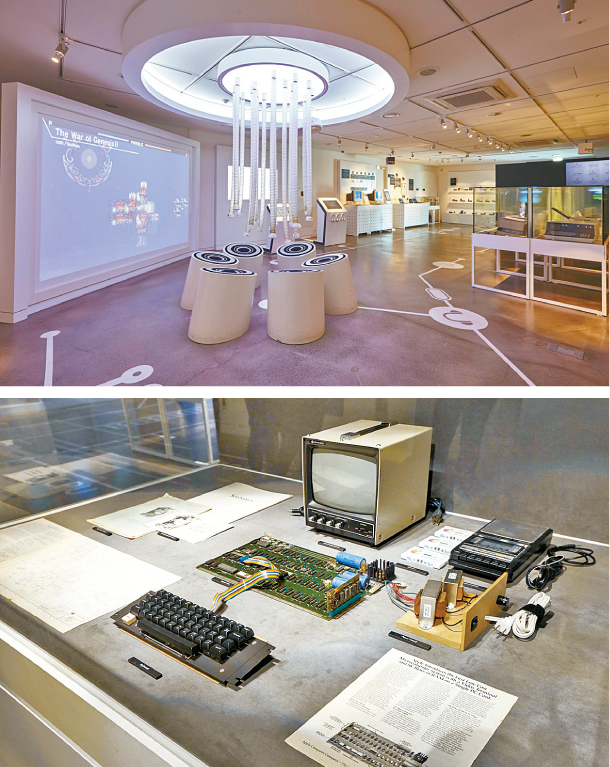 Choi sat down with the Korea JoongAng Daily for an interview prior to the exhibition’s opening, and explained the cultural value of games and how gaming can inspire younger generations to do something greater. The following are edited excerpts of the interview.

Q. The title of the exhibition is “Game a Game /invite you.” What is the meaning of the name?

A. It would be hard to guess what the exhibition is about just by looking at the title, especially for those unfamiliar with online games. The title means “playing a game” and the subtitle is written “invite you” with a slash. If you see it on a digital screen, there’s a cursor blinking next to the title as well. In an online game, a slash is used to type a command, especially when you’re trying to talk to someone else. And like that, we’re talking to you and summoning you here. The “you” are people who have and will enjoy games. So, everyone.

What is the intention of the exhibition?

The usual perception of a game is that there are developers who make the game and users who consume the game. But within and around a game, there is the artificial intelligence technology, Esports players, YouTubers and so many people involved. Each player meets one another, communicates and changes. We put our focus on that growth and change. We thought that it would be great if people could come and experience the exhibition like a game then take home a new perception and perspective on gaming.

The exhibition embodies the 25-year history of online gaming, but not in a boring way. You experience the exhibits like you would a game, and at the end you are left with solid data that you can take home.

Were there difficulties in bringing something from the virtual world to a real-life space?

Online games are not just simple stories that take place in the virtual world. They directly interact with the real world in a way that is immediate and quick. Online games are actually one of the most progressive forms of communication in current society. If parents fail to learn the language used in the online world, then it’s likely that they will have a hard time communicating with their children. I actually found a lot of things out preparing for this exhibition. But it was mostly that games are an advanced form of content that could influence people more than art.

What is another similarity between art and gaming?

With contemporary art these days, no-one says, “Here is my work. This is how you should perceive it.” It’s more on the line of, “I think it’s this, but what do you think?” So there’s this work, but everyone from different backgrounds, with different experiences and knowledge all see it differently based on what they have. Basically, there’s no single answer. If a work meets a good curator and a good audience, then a good story comes out of it. It gets bigger. The idea of the original exists no more.

Online games are similar. Even if you play the same game, you don’t play it the same way. You end up with different stories, and they never end. It’s always continuing. You can always make your own story. It’s just another form of artistic content. Online games are virtual, but it’s real at the same time.

Nexon has done many firsts in the industry, such as creating the world’s first graphic Mmorpg game “The Kingdom of the Winds.” Why did Nexon build a computer museum instead of a gaming museum?

The founder [of Nexon Kim Jung-joo] is a pioneer who made online games when no such thing existed. And what inspired him to do so were computers. So the Nexon Computer Museum shows the history of computers as the origin of the online game culture. Kim Jung-joo made online games when there weren’t any online games, he grew his company and now it’s become this whole industry that affects so many people around the world. Everyone uses computers these days. Nobody goes outside to play ball, they’re on their smartphones. So we were determined to make a new place where we could inspire a new generation the way we were once inspired.

As popular as it is, the overall sentiment towards gaming is still negative, with the World Health Organization recently recognizing gaming disorder as a mental health condition. How would you like this exhibition to help change that?

I do realize that a certain perspective is quite prevalent these days. But similar to what happened to contemporary art, people reject things that are new. Just think about what happened to Marcel Duchamp’s “Fountain” (1917), when it got kicked out of the exhibition for the first time. Even Edouard Manet’s work got kicked out a long time ago. But now, they are applauded.

I think it’s just the beginning. It’s the start of a discussion that involves a lot of subjects, like our rapid economic growth in history and how children were alienated in the process. If we begin our talks properly, then I believe that things can turn out for the better.