Non-fried Shin Ramyun to be sold in U.S. soon

Non-fried Shin Ramyun to be sold in U.S. soon 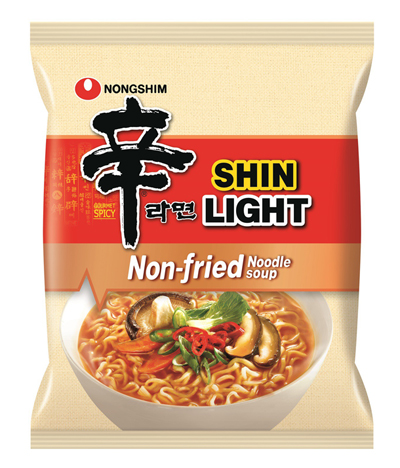 Nongshim said the non-fried variant of its popular Shin Ramyun will be sold in major cities in the Eastern and Western parts of the United States. The firm’s goal is to expand sales of the instant noodles to the rest of the country by the end of the year.

The sales could start as early as September, according to Nongshim. A total of 50,000 boxes, with 1.6 million packages of noodles, will be delivered.

Nongshim says it hopes to strengthen its competitiveness through the new Shin Ramyun variant and follow the popularity of Japanese noodles in the United States.

Nongshim believes that the trend toward low-calorie foods, which favors non-fried foods, could bolster the sales of dried Shin Ramyun.

The calorie count of a package of the non-fried noodle is 355, while the average Shin Ramyun comes in at 505.

“Along with the Korean marts, we plan to hurry the entrance of non-friend Shin Ramyun at major retailers, such as Walmart and Costco,” said a spokesperson for Nongshim. “The Shin Ramyun variant will become the primary product when Nongshim enters foreign markets.”

The dried noodle was released in Korea in February. The company sold 32 million packages by the end of July.