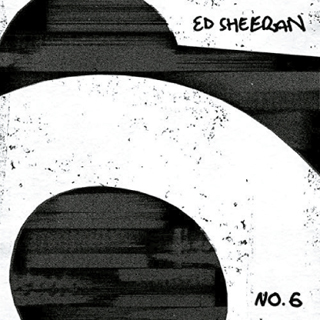 A stunning who’s who of music’s top stars - including Cardi B, Justin Bieber, Travis Scott, Khalid, Eminem and Bruno Mars - appear on “No.6 Collaborations Project.”

The result is an understandably scattershot collection of styles - G-Funk, grime, trap, R&B, tropical hip-hop, ballads and hair metal - but what knits it together is an impossibly high level of songwriting and an undeniable joy.

The title of the 15-track project is a nod to his 2011 “No.5 Collaborations Project,” which saw Sheeran team up with British rappers.

This time, he welcomes everyone from H.E.R. to Paulo Londra, an artist from Argentina. If listeners go on to explore some of the lesser-known collaborators - like the brilliant rapper Dave - then everyone wins.

Standouts include “Cross Me” with Chance the Rapper and PnB Rock, “Take Me Back to London” with Stormzy and “Beautiful People” with Khalid. AP