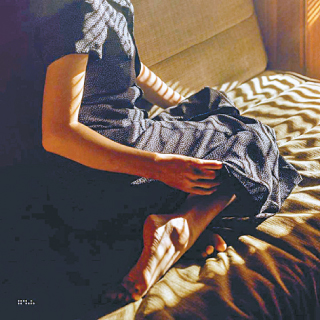 California-artist Scott Hansen, better known as Tycho, is back with his fifth studio album, titled “Weather,” one that begins much as one might expect.

Opener “Easy” is an instrumental, electronic track in the same vein as his previous work - atmospheric and upbeat. A woman’s voice pushes through, but her words are indistinct.

By the second song, though, the deviation from past albums is clear. “Pink & Blue” opens with Saint Sinner’s ethereal voice as she sings, “Oh pink and blue, yeah, you know I look good on you.”

Hearing vocals comes as a surprise. Tycho’s past work has been almost exclusively instrumental, falling on the brighter side of the down-tempo music spectrum.

On “Weather,” the vocal presence only gains strength as the songs continue, giving Hansen’s work an entirely new feel.

The change is welcomed. The production value is uncompromised with Sinner’s haunting vocals adding another layer to Hansen’s unmistakable songwriting and genius production. It’s a fresh sound, one that shows Hansen’s intent to keep his fans guessing where his music will take them next. AP