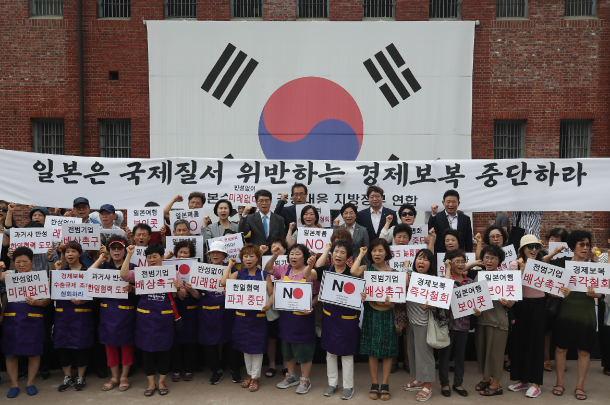 Chiefs of several local government offices in Korea gather with protesters at the Seodaemun Prison History Hall in western Seoul on Tuesday to urge Tokyo to retract its economic retaliations against Seoul. Government office heads included those representing Suwon, Gyeonggi; Daejeon’s Jung District; and Seoul’s Seongdong, Eunpyeong, Yangcheon and Seodaemun districts. Seodaemun Prison is where Korean independence activists were jailed, tortured and executed by Japanese forces during Japan’s colonial rule of Korea from 1910 to 1945. [NEWS1]