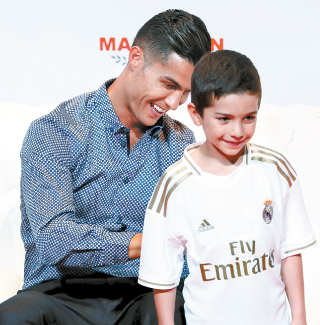 On Tuesday afternoon, the K League revealed that Juventus had threatened to not take the field if its demands to delay and shorten the match were not accepted.

On Friday, the K League’s all-star team held a friendly against Juventus at Seoul World Cup Stadium in western Seoul. Although the match was scheduled to begin at 8 p.m., it was delayed by 58 minutes because Juventus arrived at the stadium after 8 p.m., due to its flight from Nanjing, China, having been delayed.

Juventus told the K League that it wanted to reduce the match time to 80 minutes - 40 minutes for each half - and requested a 10-minute halftime break instead of 15 minutes.

“It also said that if the kickoff time isn’t 9 p.m., it might cancel the match,” said Kim Jin-hyung, head of the K League’s public relations team.

The K League quickly denied the request because FIFA regulations call for 45-minute halves, with a 15-minute halftime break.

The revelation of the club’s demands follows anger after Juventus’ star player, Cristiano Ronaldo, did not step foot on the pitch during the 90-minute match, disappointing some 63,000 fans at the game.

Ronaldo’s absence from the pitch outraged fans, especially since event agency TheFasta, which arranged the match, promoted an appearance by Ronaldo.

According to K League, the contract between Juventus and TheFasta stated that Ronaldo would play for at least 45 minutes during the match and hold an autograph session. It also stipulated that the Juventus’ roster would be made up of at least 70 percent top division players, in addition to the match time and additional events.

Penalties for violating each of the requirements were listed, and Juventus violated most of the agreed terms.

According to TheFasta CEO Robin Jang, after Ronaldo still hadn’t played 10 minutes into the second half of the match, she made a complaint to Pavel Nedved, vice president of Juventus. The response she got from Nedved was that while Ronaldo was added to the roster, there was nothing he could do if Ronaldo didn’t want to play.

After the match, Juventus manager Maurizio Sarri said that Ronaldo didn’t play due to a muscle problem. However, many fans claim that Ronaldo wasn’t planning on stepping onto the pitch from the moment he arrived at Incheon International Airport.

Before Juventus arrived in Korea, the team played a friendly against Inter Milan in Nanjing on July 24. Ronaldo played the entire game. The following day, the team went to Shanghai to attend another event.

Despite the tough schedule, Ronaldo wrote, “Always a pleasure to see you China,” on social media on July 24.

The K League said on Tuesday that it has sent a letter of protest to Serie A, the Italian Professional league, as well as to the Asian Football Confederation, to detail Juventus’ violations.

“Juventus was disrespectful and arrogant,” the K League said in a statement. “The sense of betrayal felt by 60,000 fans cannot be ignored.”

For just 12 hours in Korea, Juventus is believed to have received about 3.5 billion won. Yet if Juventus pays the penalties for violating their contract, it is only expected to cost them about 700 million won to 800 million won.

“After returning from the autograph signing event empty-handed, I arrived to the stadium at 8 p.m.,” said a fan who bought the most expensive, 400,000-won ticket. “But when I arrived, I was told that the buffet was already over. I joined the group protest because I was so angry.”