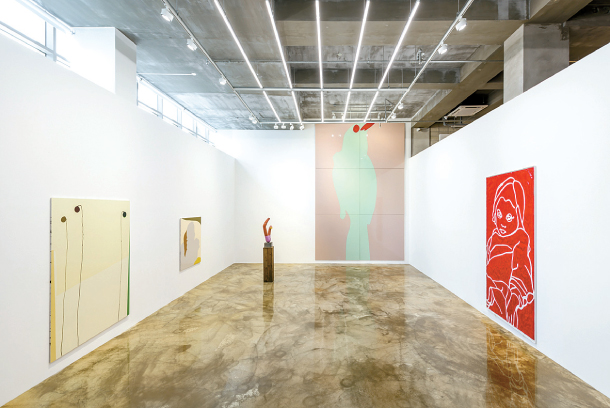 Through Sunday: British artist Gary Hume, a distinguished member of Young British Artists, is hosting his first solo exhibition in Korea. Most of Hume’s pieces, which are usually painted on large aluminum panels, are instantly recognizable by their vivid colors and glossy finishes. In this exhibition, Hume features a variety of works, including the paintings: “Big Bird” (2010), a combined image of a bird that is made up of six individual panels, “Mom On The Couch” (2017), the silhouette of the artist’s mother, “Tired Child” (2016), the white outline of a young child on a contrasting red background, “Untitled” (2019), a speculative piece that contains three pole-like fixtures on a beige background and more.

In the gallery, Hume also features some of his other works. One of which, “Sculpture 1” (2009), is an abstract sculpture made of marble and gloss paint in the shape of a contorted “V.” From other angles, it looks like a pair of appendages. 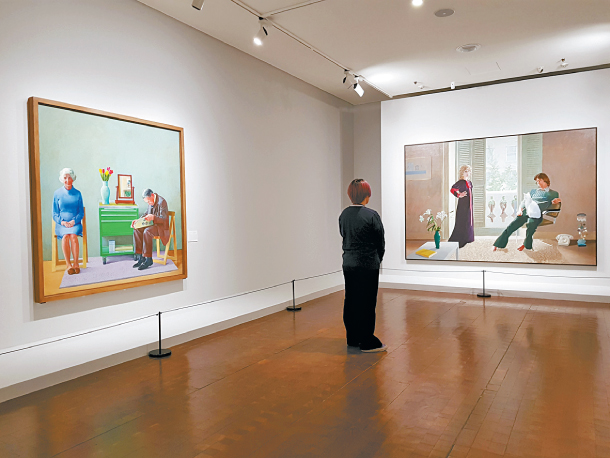 DAVID HOCKNEY: WORKS FROM THE TATE

Through Sunday: The largest-ever retrospective of celebrated British painter David Hockney in Asia features 133 paintings, drawings and prints by Hockney, one of the world’s most influential living artists.

Among the featured works are illustrated movie posters Jean designed for “The Shape of Water” (2017), “Blade Runner 2049” (2017) and Korean film “The Divine Fury,” which stars Park Seo-jun. New paintings inspired by traditional Korean colors are also on display.

Through Sept. 22 : The exhibition features landscape paintings of the Joseon Dynasty (1392-1910) depicting Korea’s mountains and rivers. Known as silgyeong sansuhwa in Korean, the museum displays about 360 of them. 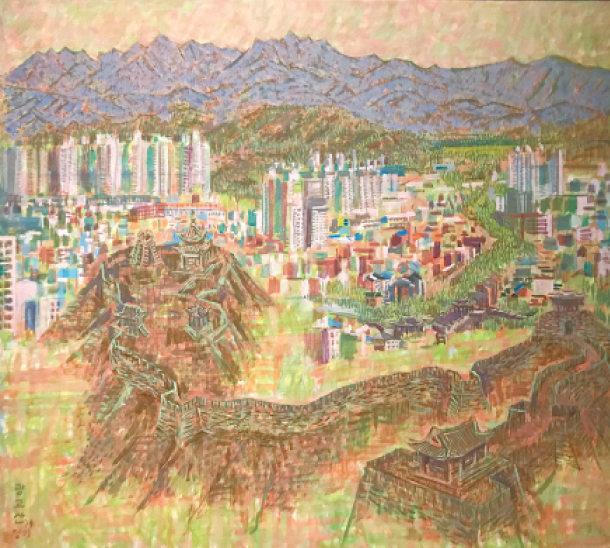 Through Nov. 3 : This exhibition celebrates King Jeongjo (1752-1800), who has served as inspiration for countless Korean films and books with his progressive social reforms and landmark projects like the Hwaseong Fortress in Suwon, Gyeonggi. The show features 10 contemporary artists’ brand new paintings, installations and video works inspired by Jeongjo and the Hwaseong Fortress, including paintings by Min Joung-ki, the artist behind the famous “Mount Bukhan” painting featured during last year’s historic inter-Korean summit.