Who is Kangta dating?

Who is Kangta dating? 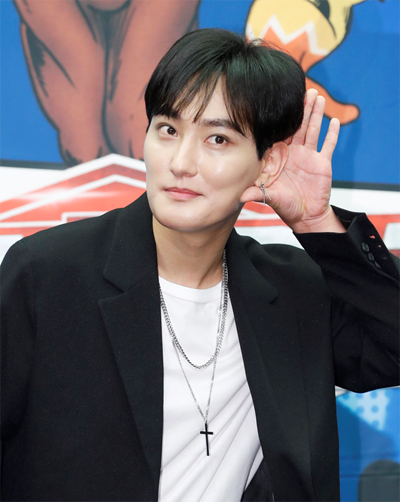 Singer Kangta may not have released new music in nearly three years, but on Thursday, his fans were more concerned with whether he is dating model Woo Ju-an or actor Jung Yu-mi.

On Thursday, Woo uploaded a video of herself and Kangta laying down together in a jjimjilbang, Korean sauna, and kissing each other on the lips.

In the video, Kangta says to the camera, “I’m here at a jjimjilbang, and I see a pretty girl here.” Woo answers, “You may go and kiss her sir,” as a reply.

Woo uploaded the video with the hashtag “#lovestagram,” alluding to a relationship between the two. The video has since been deleted.

According to SM Entertainment, the two were in a “relationship that ended years ago.”

“We were informed that [Woo] accidentally uploaded the post and then deleted it,” his agency said.

Woo has not made a statement.

On the same day, local news outlet Market News reported that Kangta has been dating Jung, a current star in MBC drama “Partners for Justice,” for two years.

The agencies of both stars, however, denied the news saying they were “only close friends.”

Kangta, a member of veteran boy band H.O.T., will be releasing a new single, “Love Song,” on Sunday. The song is his first release to come in two years and nine months.

Kangta debuted with boy band H.O.T. in 1996, and currently sits as a member of the board at SM Entertainment.