Researcher reveals BTS’ global success is down to its ARMY

Researcher reveals BTS’ global success is down to its ARMY 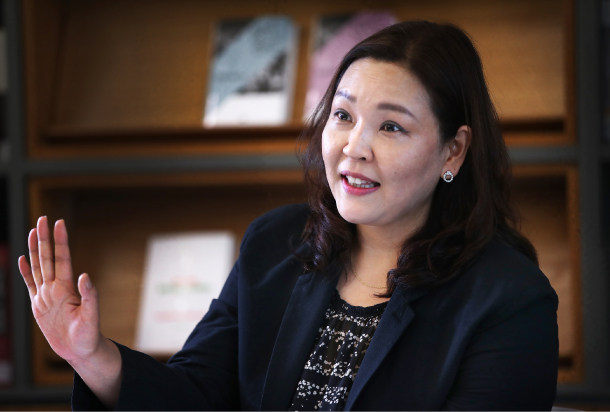 Bangtan Boys, or BTS, have become the world’s most popular band. Some call them the next Beatles. Can anyone stop them? Nobody knows. But one thing is clear: BTS created a miracle and behind the miracle is the global fan club ARMY (Adorable Representative MC for Youth). Lee Jee-heng, a culture researcher who released the book, “BTS and ARMY Culture” says that Bangtan Boys have evolved the typical fandom full of teenage girls to a fan group that embraces diversity of gender, age and race.

She has also done research on BTSX50States, an association of ARMY from 50 States in America, which targeted local radio DJs in 2017 and had conservative radio stations plant Bangtan Boys’ songs.

Researcher Lee, who herself is a member of ARMY, says that what made the boy band achieve unprecedented success is the existence of the unique fandom.

A. The number of official fan club members amounts to 1.5 million, but foreign ARMY members rarely join since it is hard to adjust to the domestic system. The number of followers on Twitter exceeds 20 million, but this does not completely reflect reality well because fans make several accounts when voting for BTS during the award ceremony season. Around 10 million people are estimated to be ARMY members. The foreign fandom is actually bigger than Korea’s. I researched other social media including Twitter and communities like reddit or Amino Apps where foreign fans gather together.

Before their debut in 2013, BTS has talked about their story and has let people listen to their music through several channels like Bangtan Log or YouTube. It was in 2014 when the foreign fandom was first recognized at K-con held in the United States. BTS was one of the newcomers, but received the biggest cheer from fans. In order for Bangtan Boys to succeed in the mainstream market in the West, the global ARMY in 2018 even set a goal titled “2018 Race For Gold” and sent to-do lists to fandoms of several countries. The seven missions set at the beginning of the year were all carried out and a clear change took place on the U.S. music chart in 2018. Bangtan Boys took the first place three times in a row in the Billboard album chart. ARMY even moved the charts of the closed world — France, Germany and Italy — in 2019.

The sensation associated with the Bangtan Boys is also said to be an export of Korean-style fan culture. Do you agree?

Usually K-pop fans like several groups full of teenage artists, but ARMY members only like Bangtan Boys. That is, Bangtan Boys are different from the general K-pop idols. For example fans show their incredible loyalty by chanting as a group for their artists, supporting them by buying products the group endorses and voting for them for award ceremonies. Repetitive streaming to raise the ranking of songs is often called problematic, but in fact, reprimanding such actions has now become meaningless since the billboard charts are controlled by fandoms. Fan groups of the West for artists including Ariana Grande, Beyoncé, One Direction and Shawn Mendes also stream extremely systematically.

What kind of people are ARMY members?

Beyond the idol fandom full of teenage girls, ARMY consists of diverse people. There are men, middle-aged women in their 30s to 40s, people of color, members of the LGBTQ community and even intellectuals. Some fans say that because of Bangtan Boys, they have deeply thought about the true meaning of diversity and minorities.

Does that mean ARMY has become the symbol of minorities?

What Bangtan Boys represent is what most minorities face: being an underdog. Doesn’t neoliberalism partly make 99 percent of the whole population feel that they are underdogs? Bangtan Boys started as the underdogs of the underdogs. Among K-pop singers, Bangtan Boys began from the lowest place, and that is why fans cheer for their efforts in overcoming limits. At the beginning of 2018, The Recording Academy, which organizes the Grammy Awards, asked its followers on Twitter what was the most influential album in their lives, and one responded BTS. Then, people began to mock the person, asking them to talk about “real” music. As soon as the mocking comments were posted, ARMY all over the world wrote millions of comments about how Bangtan Boys impacted their lives. “I was in depression but it helped me not think about committing suicide anymore.” “Right before I tried to hang myself, I cried while watching BTS.” These kinds of comments poured in. Many also said that accepting Bangtan Boys and stopping racial discrimination from now on is the way to practice true diversity in the United States.

Can fans act as promoters?

When a new song is released, fans do not sleep for 24 hours and watch the music video on YouTube. This is because when 45 million viewers watched the music video of “Idol” within 24 hours in 2018, CNN reported on it. By breaking records like this, fans saw how much of an impact they could make. They changed the opinions of others who used to disregard them. This unyielding spirt of the fans was also a driving force behind BTS receiving 300 million votes, beating Justin Bieber in the Billboard Top Social Artist in 2017.

How is the ARMY fandom formed?

There is no singular representative of ARMY. Of course when it comes to fan voting or an event is held, there are organizations that lead these. Those organizations come from voluntary Twitter accounts. They just play roles as messengers and do not represent all of the fans. It seems like anonymous online fandoms try to perfectly realize democracy. Most of the fandoms of artists from the West have informative accounts. They post about when albums will be released, and how many albums are sold, but the ARMY fandom is beyond that. It has so much more than just these informative types of accounts, like accounts for book clubs, psychology clubs where therapists and students majoring in psychology all gather, culture accounts where the cultural differences and diversity among ARMY are explained and a charity account that is constantly helping others. There is even a translation account where 20 overseas Koreans and international students translate every piece of content that Bangtan Boys produce such as lyrics and interviews, in real time for free. They also make footnotes about the cultural context of their translations.
What is different about K-pop fandoms?

Fans in a general fandom like someone and feel invigorated when they like the artist, but K-pop fandoms actually act: they enthusiastically support artists. The ARMY fandom goes beyond this and tries to actively use their influence for good. Likewise, the diverse population of ARMY has an effect on BTS’s music.

Are there any problems that occur as the fandom gets bigger?

Often times, there are cultural clashes between Korean ARMY and foreign ARMY. As BTS mainly performs abroad, Korean fandoms feel left out. However, whenever Bangtan Boys are racially discriminated against by western media or embroiled in controversy, the ones who engage and fix this are ARMY members from around the globe. K-pop is often disparaged because male singers wear make-up, which some perceive as feminine. What is interesting is that this kind of masculinity that Bangtan Boys represent is what attracts western intellectuals to the fandom. Many perceive that BTS expresses an alternative masculinity which breaks the common idea that men should look a certain way, by the members expressing their weaknesses and anxiety openly through music.

What is the real power of ARMY fandom?

Inside the Bangtan Boys fandom, a lot of things happen. Yet, the ability the ARMY has to purify itself is remarkably outstanding. This is because members of ARMY share the mentality that they should be fans that BTS would be proud of. Bangtan Boys created a new consumer community called ARMY, and ARMY is making Bangtan grow. This is why I think that the BTS craze is fundamentally about ARMY.