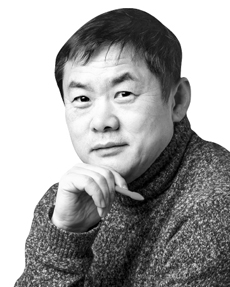 Jeong Young-jae
The author is a sports writer at JoongAng Ilbo Plus.

Cristiano Ronaldo’s no-show at a friendly match last month in Korea has ignited massive furor in a country where football fans used to endearingly call the star “our brother.” The 34-year-old Portuguese forward is now dubbed “Nalgangdo,” a portmanteau that combines his name with the Korean word gangdo, meaning thief. Hoards of Koreans are swarming to his Instagram account to criticize him, while news reports indicate he’s busy deleting them.

Ronaldo sat on the bench throughout the entire match on July 26 between his Italian club Juventus FC and the K League All-Star Team. Ronaldo, who had arrived in Korea earlier that day for the game, didn’t even show up at a pre-arranged autograph-signing event. Citing bad traffic, Juventus players arrived at the stadium late, and the match was delayed by 57 minutes. Korean fans who had waited for Ronaldo to step onto the field started calling out his rival’s name, Lionel Messi, when it was apparent they would not be able to catch a single glimpse of him that night. Ronaldo was contracted to play for at least 45 minutes, according to the local event organizer, yet he sat out. Some 60,000 Korean fans were in the crowd, some of whom paid as much as 400,000 won ($332).

So who’s to blame for this fiasco? Ronaldo, Juventus FC and the Korean organizer, TheFasta, all share some responsibility. There’s also the K League, which selected Korean players for the match based on the number of votes they received from local football fans.

The K League All-Stars has definitely lost steam compared to the past. Last year, what was meant to expand the fan base of Korean football by holding the All-Stars match in Vietnam turned out to be an international humiliation when Korea lost to Vietnam’s under-23 national football squad, 1-0.

This year’s All-Stars match between Juventus FC was organized on short notice. Juventus was supposed to play a friendly match in Beijing in late July, but it was canceled, so the Italian club had to come up with a Plan B. It looked to Korea and reached out to the Seoul-based Moro Sports Marketing Company, which has organized more than 60 international friendly matches so far. The company’s president, Moro Chung, said he received the offer in May, but refused, saying he needed at least a year to prepare for such a big event. Juventus eventually signed a contract with TheFasta, which the K League had barely even known. The K League went to town with promoting the game, saying it was a chance for Korean fans to see the football legend Ronaldo.

On July 24, two days before the match, I traveled to Ulsan. I was at a game between Ulsan Hyundai and Sangju Sangmu. The score was 2-1, with Ulsan Hyundai taking the lead. Twenty minutes into the second half, I was told by a worker for Ulsan Hyundai that Mix Diskerud, the Norwegian-born midfielder who was the ace of the team, won’t play for the rest of the game because he was planned to run in the All-Stars match. The player was called out, only to see Sangju Sangmu score another goal shortly before the end of the second half, ending the game 2-2. Ulsan fans appeared irritated, but they didn’t blame the head coach. This is only one example of how K League players prepared for the match to show their best for Korean fans.

Everything went wrong with the All-Stars match. Juventus FC was late, Ronaldo sat out, TheFasta was terrified and the K League put the entire blame on TheFasta and Juventus. K League athletes and fans were fooled.

“The most crucial thing for friendly matches like these is a safety device,” said Chung from the Moro Sports Marketing Company. “TheFasta should have specified the amount of time Ronaldo would play in the match when signing the contract with Juventus and set the penalty for violating the promise extremely high. For Ronaldo, it should have been half of the total guaranteed money.”

As Korean fans fumed over Ronaldo’s behavior, the K League held a press conference last Tuesday. Not a single person expressed an apology. The K League’s head of public relations said his organization trusted Juventus FC, not TheFasta. Ronaldo earned his new nickname, “Nalgangdo.” Yet it was Korea who let that happen. And it is Korea who needs to keep its own pride.