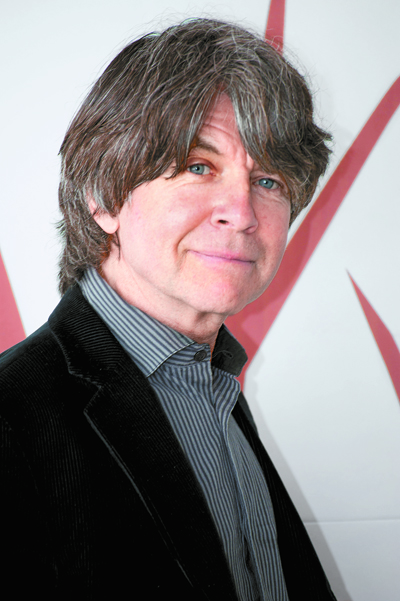 The Seoul Arts Center (SAC) in southern Seoul opened the “Anthony Browne’s Happy Theater” exhibition in June, bringing Browne’s drawings and characters to life through enlarged prints, film and sculptures. Two weeks ago, they kicked off the “Viva Friend” musical at Galleria Foret in eastern Seoul, which features some of Browne’s most beloved creations all at once.

As of last month, the “Happy Theater” has already attracted over 40,000 children, parents and the young at heart who are familiar with the dozens of Browne’s titles that have been translated into Korean, like “My Dad” (2000) and “Gorilla” (1983). When SAC opened an Anthony Browne exhibition in 2016, it drew over 200,000 visitors, breaking the art center’s own record.

“I’m an incredibly lucky man because I’m being paid to do what I love,” Browne said during an interview with local press on Jul. 24.

Top: “Willy the Dreamer” (1997) is one of several children’s books featuring primates by British author Anthony Browne. Above: “My Dad” (2000) is another popular title by Browne. [ANTHONY BROWNE]

The famed writer and illustrator, now 72, has created fantastical tales for children for over four decades. His frequent use of animals - often primates - as the main protagonists helps give his books universal appeal. In 2000, Browne won the prestigious Hans Christian Andersen Award, which is regarded as the Nobel Prize of children’s literature.

The following are edited excerpts from the interview, during which Browne discussed his writing career and thoughts on the exhibition.

Q. Why did you name this exhibition “Happy Theater”?

A. I didn’t name the exhibition. Not all my books are happy, it’s almost the opposite. Children love to be engaged with a little bit of darkness and a little of fear because that’s what life is about. But I like the ending of my books to be hopeful and positive - the sort of ending that makes us think about what’s going to happen next.

Why did you choose to write about Frida Kahlo for your latest book “Little Frida”?

The idea for “Little Frida” came to me about 20 years ago when I first went to Mexico. I was taken to Frida Kahlo’s house and was amazed at the power of her memories and paintings.

My Mexican editor wanted to do a non-fiction book about Frida Kahlo, and I, in my excitement, offered to illustrate the book. I started doing it, but because it was non-fiction, I couldn’t really find myself in the book.

So I came home and read a lot about Frida Kahlo. I found one painting of her as a little girl with straw wings with a large airplane hanging down from the sky and ropes around her legs tying her to the ground. The title was “They Asked for Planes But Were Given Straw Wings.” I thought this could be the beginning of a story about her.

Also, I realized that one thing Frida did was to include the details in the background like little clues of what was going on. I felt like that gave me a kind of connection because that’s what I do in my picture books too.

Many of your books feature primates like gorillas and chimpanzees as protagonists. Why is that?

My father was a big man. He was a boxer, fought in the war, taught my brother and I to play football and rugby. Yet he would also sit and write poetry. There was a real contrast.

Gorillas are rather like this - strong and powerful but sensitive and subtle. They’re very family-oriented and so much like us. If you were to go to a zoo and look into a gorilla’s eyes, it sometimes feels like there’s a human being inside that gorilla looking back.

I think Willy the chimpanzee was probably an echo of me, trying to be as good as my brother at physical things. I was always coming second best and not really minding it, and Willy is like that. I think other children also feel like their world is run by older people - brothers, sisters, parents, teachers and politicians.

Willy represents the universal child. I think that’s one of the reasons why I’m more popular than some other British illustrators because my characters are not specifically British.

Where do you get inspiration?

A lot of my stories come from my own childhood. I often don’t realize that until afterwards.

For instance I made a book called “The Tunnel,” where a boy and a girl find a dangerous tunnel. A few years ago, my brother and I went back to where we grew up together, and there was a stone bridge. When we both looked at this stone bridge, which was like a tunnel, we were shocked because it was exactly the same as the cover of “The Tunnel.” Neither of us had remembered the image or made the connection.

How do your think your experience as a medical illustrator influenced you as an artist today?

It was a very positive influence. As a medical illustrator, I had to go into operation, watch and draw what was going on, go back into the studio and paint pictures that looked realistic.

It was incredibly difficult. Sometimes I couldn’t even see what was going on as part of the operation was behind something else. I think that was very good training for drawing and painting. It also taught me about telling difficult stories visually.

Do you face challenges as you work?

As I get older, I find it takes longer and longer to think of the next book. I’ve been in that process for the last few months. When I was younger, I would be planning the next book, but it’s more difficult now because I don’t want to repeat myself, and I feel there are more expectations for what I’m doing.

But I think I’m getting through it. I’ve been working on four different ideas at the same time. So, just persevering. The idea I’m working on now is about an elephant.

What do you want visitors to take away from the exhibition?

I suggest they go in with open eyes and open minds. They’ll see my small pictures blown up to a giant size. I didn’t know what to expect, but I was astounded by the images I saw. Images of characters I’ve known for 40 years suddenly moving and transforming.

But I wouldn’t forget the books. I encourage parents to go home and read the book to their children. I love the idea of children looking at the pictures of a picture book and adults reading the words. The child will often see things in the pictures and point them out, and that way, there will be conversations they won’t otherwise have. The gap between the pictures and the words will be filled by the children’s imagination.