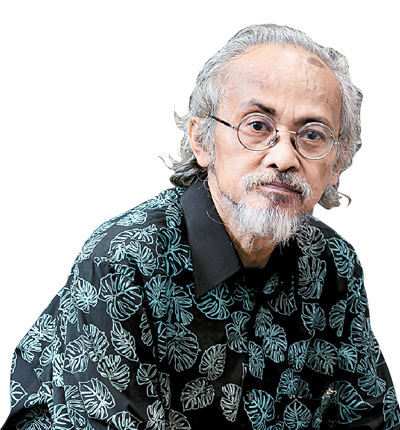 At first glance, Malaysian author Yusof Gajah’s “The Real Elephant,” winner of the Unesco-backed Noma Concours award in 1996, seems like another fun book for children about the large, long-trunked mammal that appears so often in his works.

But the story of the disobedient elephant that eats a forbidden fruit and transforms into bizarre creatures addresses a much darker issue.

“The story is more about the drug problem that we are facing now among young kids,” the 65-year-old author told the Korea JoongAng Daily during an interview in central Seoul on July 26. The author made his way to Korea to represent Malaysia and conduct a storytelling session with children here as part of Easy Access ASEAN - an ongoing program hosted by the Korea Foundation’s Asean Culture House to promote cultural exchange between Southeast Asian countries and Korea.

“If someone consumes drugs, it will change their character and habits. The book was written in the 1990s, but I think the issue is now worse.” 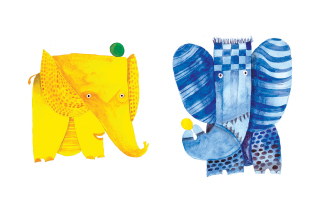 Gajah, who’s won multiple awards for the dozens of books he’s written and illustrated, has many causes that are dear to his heart and believes that “in every book there must be a message.”

Environmental protection is one topic featured frequently in his works. The topic is shown in books like “At the Foot of the Hill,” which teaches children about both subtraction and habitat loss as elephants leave their homes one by one due to human construction.

“There are only a few elephants living in Malaysia because they keep cutting the trees in the forest,” Gajah explained. “When we destroy their feeding ground, they’ll come down to the villages and search for food.”

A strong believer of the idea that learning should be fun, Gajah also spends a lot of time bringing his stories to life through storytelling sessions. When he reads, children should expect to get on their feet and become the artist themselves.

“I don’t just read the books - if I do there is no point in calling me. Children only have 10 or 15 minutes to stay calm. You have to use your voice, your props. If you can dance, you dance. Normally we will have a whiteboard or paper and they draw as I read.”

“The market for children’s books is very small in Malaysia, so we need to expand internationally,” Gajah said. “We’ve sold rights to Beijing and Switzerland.”

When he’s not busy with writing and the agency work, Gajah can be likely seen in Korea’s own Nami Island, Gangwon. The famed author has held multiple exhibitions on the island and was even made a “Naminarian,” along with other notable artists, activists and writers. There, Gajah also met Lee Han-sang, with whom he worked together to publish an early hangul book.

“I hope by coming here with my team we can understand more about our cultures. My first hometown is Malaysia, second is Indonesia, and third is Korea.”