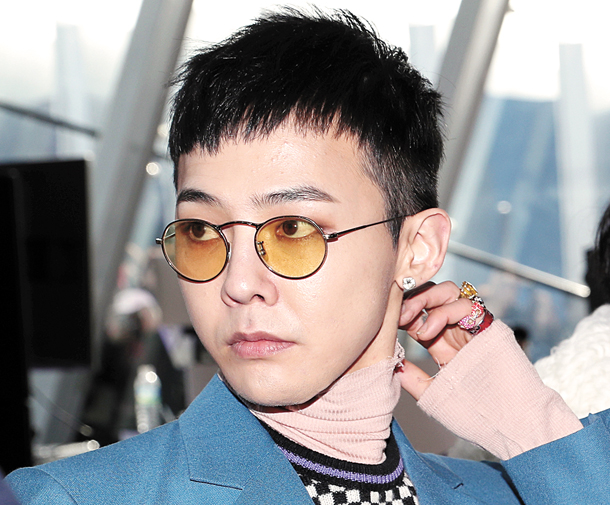 Singer G-Dragon is holding an art exhibition in Taiwan, two months before his military service ends in October.

According to a report by local news outlet Newsen, an exhibition of art by G-Dragon opened at a gallery called Dopeness Art Lab in Taipei, Taiwan, on Aug. 1, the first stop in a tour of five other cities in Asia: Singapore, Shanghai, Bangkok, Jakarta in Indonesia and Hong Kong.

“G-Dragon has transitioned into an artist and held an art exhibition titled ‘Untitled2017,’” the report said.

The exhibition features seven works by the singer, including the large painting “Untitled2017” and six from his “Flower Road” series.

The gallery sells acrylic reproductions of the paintings. Three hundred copies of “Untitled2017” sold for $518 each and 700 copies of the “Flower Road” series paintings were on sale for $218 each. They were created by merchandising company Unwrapp, an affiliate of G-Dragon’s fashion brand Peaceminusone, in collaboration with Chinese partner Impridge.

“They are being displayed and sold in celebration of G-Dragon’s birthday in August,” YG Entertainment, which represents G-Dragon, said.

While the exhibition will close on Aug. 18 and will move onto other cities, some are questioning whether it is acceptable for G-Dragon to be holding any exhibition before he finishes his military service on Oct. 26.

According to current law, active soldiers are not allowed to engage in profit-making businesses, except for special cases.
The Ministry of National Defense said, “it is inappropriate to talk about each individual soldier.”

The Army told the Korea JoongAng Daily that holding an art exhibit “doesn’t count” as making a profit.