Jihyo and Kang Daniel are head over heels: Dispatch

Jihyo and Kang Daniel are head over heels: Dispatch 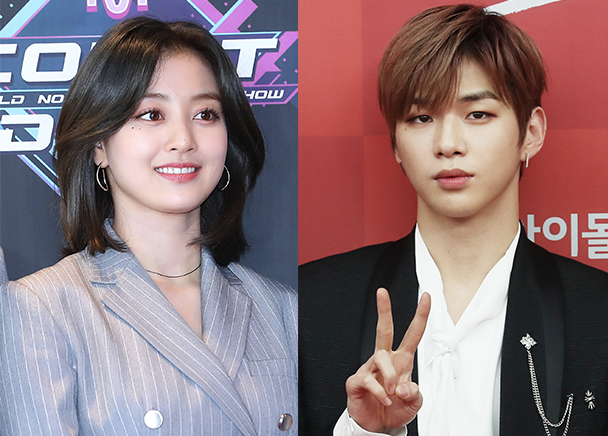 “It’s the birth of an idol star couple,” Dispatch reported. “Kang Daniel and Jihyo, the leader of girl group Twice, are in love.”

According to the report, the two started dating earlier this year and usually had their dates at Kang’s residence in the UN Village in Hannam-dong, central Seoul.

“Kang Daniel and Jihyo met at least once a week, including July 25, the day of Kang Daniel’s solo debut,” Dispatch said. “Jihyo drove to his house.”

Jihyo usually drove herself to Kang’s house in her own car, but other members of Twice dropped her off sometimes and later came to pick her up, according to the report.

The two became close last year through a mutual acquaintance — also a member of a band — and started dating this winter.

Jihyo debuted in 2015 as the leader of Twice and is the first of her band to officially date anyone.

On July 25, Kang made his debut as a solo singer. His previous band, Wanna One, disbanded last December. Konnect Entertainment announced that Kang recorded the highest number of album sales for a solo debut — 460,000 copies of his EP “Color On Me” were sold within the first week.

Kang’s fans had divided reactions to the news on Monday. While some support the singer and his right to have his own personal life, some feel betrayed after all their efforts to make him a solo star.

K-pop stars run the risk of disappointing fans when they have public relationships.

“We’re angry because we’ve literally bought hundreds of album copies to make sure that he breaks the record for album sales,” said a fan who asked not to be named. “I myself spent 2 million won, but I know someone who spent 5 million won, and to see that he met her [Jihyo] even on his debut day makes us angry.”

Fans supporting Kang even took to the Blue House online petition board and started a petition to “shut down Dispatch, which infringes on people’s private lives.” The petition received over 1,000 signatures within four hours.