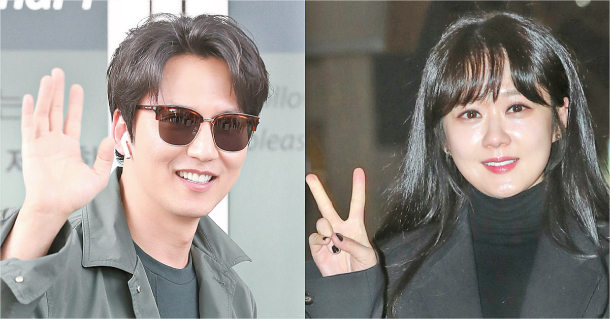 Earlier on Monday, a screen grab circulated online under the title “Kim-Jang couple to marry in November after dating seven years.” The screen grab seemed to show a report from news outlet Dispatch on Kim and Jang’s upcoming wedding.

The photographs of the actors carried watermarks from different media reports, which prompted questions about its authenticity.

After the article went viral on the internet, both actors quickly denied the rumors, even promising “strong legal measures” against the person who first uploaded the rumor.

Dispatch also stated that the image was fabricated and that it is “completely unaware of the two actors’ relationship status.”
Jang wrote on her Instagram account that she feels “miserable” over the rumor.

“I have neither seen him in private and don’t even know his phone number,” she said. The post has been deleted.