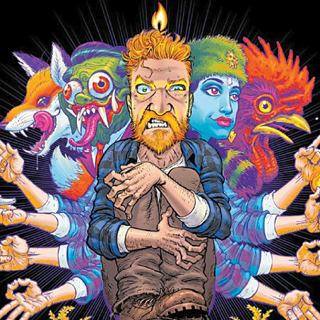 The list of country artists making groundbreaking music these days isn’t as long as it should be, but it has to include Tyler Childers. He’s at it again with “Country Squire,” a worthy successor to the breakthrough album “Purgatory.” That album was so firmly set in Kentucky that you could breathe the fumes from the coal trucks.

The new record rises from the same Appalachian roots, and the fact that Childers keeps doing things his way, experimenting fearlessly with influences that feel like they were born in him, makes this as good as anything coming out of Nashville these days.

The thing is, Childers seems almost incapable of writing anything trite. So whether he’s singing a loving tribute to his used camper, as he does in the title song, or tracing the school bus route of his youth on “Bus Route,” it’s clear he’s not following any path but his own.

That’s how it is with an artist who’s so already established that he’s far more likely to lead. Make no mistake, his path is winding out of the eastern Kentucky hills.