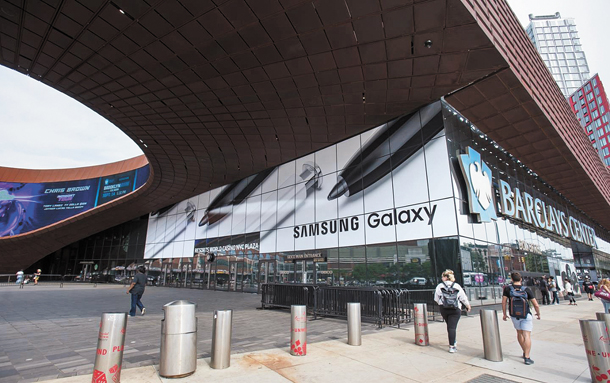 ­A Samsung Galaxy Note10 ad is displayed at the Barclays Center in New York on Tuesday. Samsung is holding an unpacking event in New York that will be live streamed on Tuesday in New York, or the early hours of Wednesday morning in Korea. Samsung’s latest phablet marks its 10th anniversary this year. There are rumors that major changes will be made to the design and specs to mark the occasion. Some 3,000 people, including journalists and business partners, were expected to attend the event. [SAMSUNG ELECTRONICS]