U.S. President Donald Trump purported Wednesday that Seoul “has agreed to pay substantially more” for the cost of U.S. troops in Korea - despite negotiations not having even begun - on the eve of his new defense chief’s visit to the country.

In a befuddling tweet Wednesday, Trump claimed, “South Korea has agreed to pay substantially more money to the United States in order to defend itself from North Korea” adding that last year, at his request, “South Korea paid $990,000,000.”

Trump added in a second tweet, “Talks have begun to further increase payments to the United States,” calling South Korea “a very wealthy nation that now feels an obligation to contribute to the military defense provided by the United States.” He then assured that the “relationship between the two countries is a very good one!”

Under the current one-year bilateral Special Measures Agreement (SMA), Seoul agreed to pay around 1.04 trillion won this year, which amounted to some $920 million at the time of the signing in March, 8.2 percent more than what it spent last year for the stationing of 28,500 U.S. troops in South Korea. Seoul paid around 960 billion won in 2018, which was known to be about half the total expense of the stationing of the United States Forces Korea (USFK). 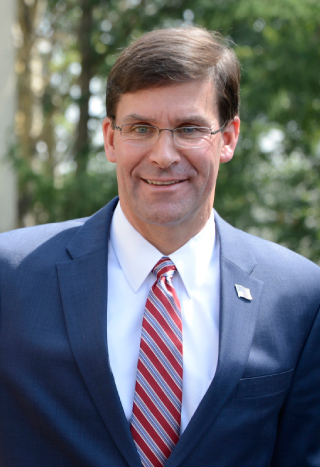 “South Korea and I have made a deal,” Trump told reporters in Washington later that day. “They’ve agreed to pay a lot more money toward the United States.”

Trump went on to claim, “We’ve got 32,000 soldiers on South Korean soil, and we’ve been helping them for about 82 years,” but the United States got “virtually nothing.”

The 82 years comment appeared to be another blunder. In 1937, South Korea was still under Japanese colonial rule, which lasted from 1910 to 1945.

Trump said that while the relationship is a “good one” he felt that it was “a very unfair one,” adding that, “South Korea and I have made a deal where they’re paying a lot more money, and they’re going to pay a lot more money.”

Seoul is no stranger to Trump’s frequent hounding of allies to pay more for defense cost sharing, and his tweet could be seen as the president’s attempt at pressure ahead of U.S. Defense Secretary Mark Esper’s visit to Seoul. Esper was set to arrive in Seoul Thursday evening to hold talks today with South Korean officials including Minister of National Defense Jeong Kyeong-doo.

The South Korean Ministry of Foreign Affairs quickly said in a statement Wednesday evening that it was “inappropriate” to comment on a foreign leader’s Twitter post, but also that “details of the defense cost-sharing issue will be discussed in the 11th SMA negotiations.”

“Negotiations [for the next SMA] have not yet started,” Kim In-chul, spokesman of the Foreign Ministry, said in a briefing in Seoul Thursday. “A high-level U.S. official visited last month, and on that occasion, we said that we agreed to negotiate the defense cost-sharing issue in a reasonable and fair way.”

The two countries will soon begin negotiations for the next SMA, which usually is a multi-year deal. However, after months of tough negotiations, the 10th SMA signed in March was limited to one year.

South Korea’s top negotiator has yet to be decided and will be reviewed through a task force, the ministry added.

Trump previously took a jab at Seoul over contributions in a Twitter post on March 3, stating: “The reason I do not want military drills with South Korea is to save hundreds of millions of dollars for the U.S. for which we are not reimbursed,” adding that “reducing tensions with North Korea” is “a good thing.”

Seoul and Washington kicked off toned-down joint military drills at the beginning of this week, which have been protested by Pyongyang.

John Bolton, the U.S. national security adviser, conveyed Washington’s intent to drastically increase Seoul’s share of the cost of stationing USFK on a visit to South Korea at the end of last month.

The JoongAng Ilbo reported after Bolton’s visit that Washington plans to demand Seoul pay a total yearly amount of $5 billion for the stationing of USFK in the next SMA negotiations.

Trump’s new defense chief, Esper, visits amid tense relations between Seoul and Tokyo, Pyongyang’s consecutive missile testing and Washington seeking support for its coalition to protect the Strait of Hormuz. In light of Trump’s tweet, Esper may also bring up the topic of an increase in Seoul’s contribution in the next cost-sharing deal.

Esper in his talks with Jeong will also likely encourage Seoul to retain its General Security of Military Information Agreement (Gsomia) with Tokyo, despite a trade spat, as it is essential for Washington’s vision of trilateral security cooperation.

The two sides are expected discuss denuclearization of the Korean Peninsula and the issue of wartime operational control, or Opcon.