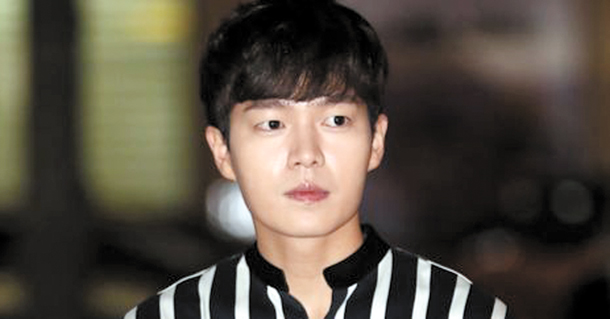 Actor Son Seung-won received a prison sentence of one year and six months at an appeal hearing on Friday.

Last December, Son was indicted for breaking a drunk driving law that went into effect earlier in the month.

Under the Yoon Chang-ho Act, the accused may face up to 15 years in prison if a person is injured as the result of drunk driving. Before the law went into effect, the maximum prison sentence was 10 years.

If the culprit flees from the scene after hurting someone, he or she faces at least a year in prison or a fine ranging from five million to 30 million won.

During his first trial, the court declared the actor not guilty of injuring the victims and only charged him guilty for fleeing the scene of the crime.

During the appeal, however, the court dismissed the former decision and declared Son guilty of injuring the victims. Nevertheless, his penalty remained the same considering the actor had reached an agreement with the two people he’d injured.

Before the incident, the actor’s driver’s license had been revoked November after he was caught driving drunk in August.