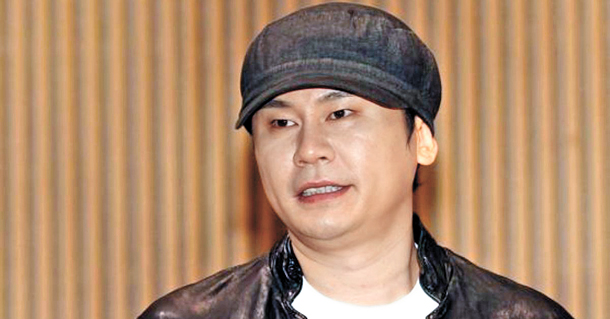 On Thursday, police revealed that the investigation was based on an anonymous tip.

According to the police, Lee Seung-hyun - otherwise known as Seungri of Big Bang - is also under suspicion of gambling as well.

Under Korean law, it is illegal for Korean citizens to gamble in casinos, whether they are inside or outside of the country, except for at the government-sanctioned Kangwon Land.

JTBC news reported on Thursday that Yang visited the MGM Grand Las Vegas hotel and casino’s VIP room 11 times, and allegedly used over 1 billion won ($826,055) to gamble. He is said to have lost 600 million won.

Lee is suspected of having used the same VIP room on four occasions, using 2 billion won in total and losing 1.3 billion won.

In order to book the hotel’s VIP room, one must make a 1.5 billion won deposit.

The two are said to have stayed at the hotel for over a week each time they visited.

Police will be looking into the hotel’s records to determine whether Yang and Lee actually visited the casino and have also requested the Korea Financial Intelligence Unit to check for suspicious flows of currency, as Yang is also suspected of having exchanged some 1.3 billion won illegally.

“We cannot provide any more details, as the official investigations has not began yet,” police said.

A representative from YG Entertainment said that the company “only found out” about the allegations “through news reports.”

Yang is currently under suspicion of having solicited sexual services to foreign investors in 2014.