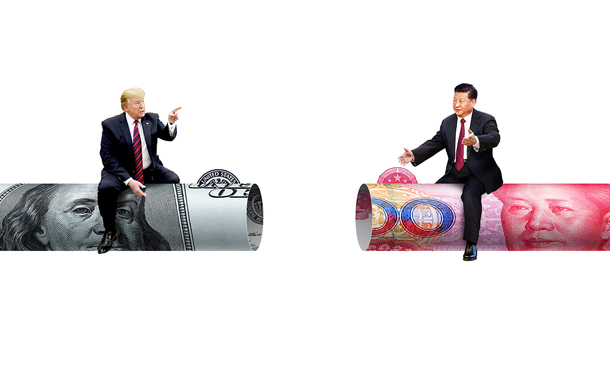 LEE DONG-HYUN
The author is the deputy industrial 1 team editor at the JoongAng Ilbo.

David Ricardo argued in the principle of comparative advantage that if all countries produce products with relative advantage and trade freely, wealth will grow. After World War II, the General Agreement on Tariffs and Trade (GATT) was established, and after a half century, it evolved into the World Trade Organization (WTO) system.

Has the world become better off for everyone? The Northern Hemisphere, with the United States and Europe, has most of the wealth, while the Southern Hemisphere, including Africa and South America, are still poor. Korea is producing rice at a high cost, and Vietnam wants to produce automobiles, which doesn’t have comparative advantage to do so. It may seem illogical, but there are reasons.

After the establishment of the WTO, countries tried to realize the ideal of every country becoming rich through free trade agreements, but every attempt has failed. Countries with hegemony do not believe the good intention of countries with comparative advantage. China and the United States prove it with trade protectionism. Last year, Japan’s GNI was $5.16 trillion, the third-largest in the world, but it was only 80 percent of 2012’s $6.37 trillion. It is similar to the 1995 level. Japan’s debt-to-GDP ratio is 238 percent, an undisputed top in the world. Japan’s economic growth was 0.7 percent. It may look like an economic power, but it is struggling internally.

We all know the way for everyone to be rich. But when the domestic industry without comparative advantage falls and people become unemployed, political leaders cannot win elections. GATT and WTO may seem to have evolved ideally. But countries with hegemony changed the rules and structure when the need arose. Milton Friedman said that a “bad market” is better than a “good government.” What about a “bad government” and a “foolish government”? Ricardo must be lamenting in his grave.