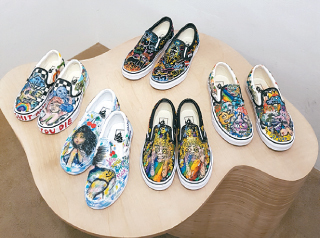 For an indefinite period: The solo show of Hyon Gyon, 39, an emerging Korean artist who is now based in Poland, features works from across her career, which shows the evolution of her experiment on various media.

On display are works created between 2012 and 2013 made by putting colorful satin in layers on a canvas and searing the satins with an iron, generating patterns. In some of the works, the patterns make together horrible faces. These works and her earlier acrylic paintings have the same kind of shamanistic energy.

“With the works, I let my negative emotions go and purify them, just like Korean shamanistic rituals propitiating souls full of grudges and purifying them,” the artist told the Korea JoongAng Daily.

The exhibits also include her latest works, hand-painted sneakers, full of dark humor.

Admission is free. The gallery is located on Itaewon-ro 54-gil, which is a five minute walk from Hangangjin station, line No. 6. 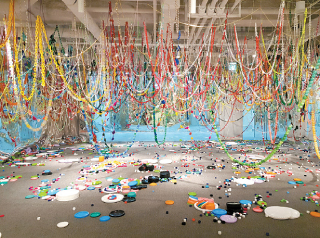 Through Aug. 25: The solo show of Choi Jeong-hwa is the inaugural exhibition at Artspace Gwanggyo, Suwon’s fourth municipal space for contemporary art shows. Choi also took charge of designing the interior of the space, which opened in the Suwon Convention Center in late March.

The new exhibition is a kind of retrospective, although it is not arranged in chronological order. It is divided into roughly six sections.

In the fourth section, viewers are encouraged to draw the three grotesque sculptures Choi created after “The Venus de Milo,” which Korean students are more likely to remember as the subject for art schools’ drawing exams rather than as an ancient Greek statue in the Louvre Museum in Paris. The viewers will also be encouraged to combine plastic caps of various colors in the splendid installation work “COSMOS+MANDALA.”

On show are illustrated movie posters Jean designed for “The Shape of Water” (2017), “Blade Runner 2049” (2017) and most recently, for upcoming Korean film “The Divine Fury,” which stars Park Seo-jun. New paintings inspired by traditional Korean colors are also on display. 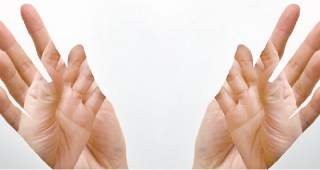 Through Sept. 15: The MMCA’s 19th exhibition of their esteemed Young Korean Artists program is set to feature a variety of new works from nine rising artists, including Keem Jiyoung, Song Min Jung, Ahn Sungseok, Yoon Doohyun, Lee Eunsae, Chang Seo Young, Chung Heemin, Choi Haneyl and Hwang Sueyon. All of the participants have created a plethora of fresh, unique pieces that express their individualistic personalities as well as embody the overarching themes of the exhibition, “Liquid,” “Glass” and “Sea.”

Admission is 2,000 won. The museum is closed Mondays. Get off at Seoul Grand Park Station, Line No. 4, and take the shuttle bus from exit 4.

Through Sept. 28: The exhibition, which features 16 young, emerging local artists, celebrates the 30th anniversary of the SongEun Art and Cultural Foundation. Each of the artists held or is scheduled to hold a solo show between 2017 and 2019 at SongEun ArtCube, another space belonging to the foundation in southern Seoul, exclusively for the foundation’s program that finances and supports young artists.

Among them is Lee Byungchan’s “Creature” (2019), a monstrous creature made of used plastic bags swelling and shrinking as if it is breathing, which “satirizes overproduction, overconsumption and materialism.” Kim Ji Seon’s paintings, in which she re-constructed memories of her senses on Jeju with her records of images and sounds there, and Hwang Moonjung’s life simulation game “Great Artist Maker” are also among the exhibits.

Admission is free. The art space is closed on Sundays. Go to Cheongdam Station, Line No. 7, exit No. 9, and walk for 10 minutes.