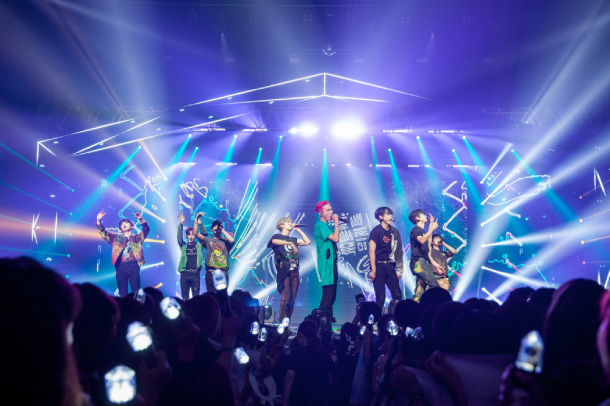 Boy band SF9 performs at Olympic Hall, southern Seoul, on Saturday. Their concert, titled “2019 SF9 Live Fantasy #2 ‘Unixerse,’” was attended by around 3,000 fans who got to enjoy a three-hour performance put on by the nine-member group. Having finished their Seoul concert, SF9 will fly to Jakarta, Indonesia for a concert on Aug. 23 and to Singapore on Aug. 25. More dates are scheduled to be announced soon. [FNC ENTERTAINMENT]