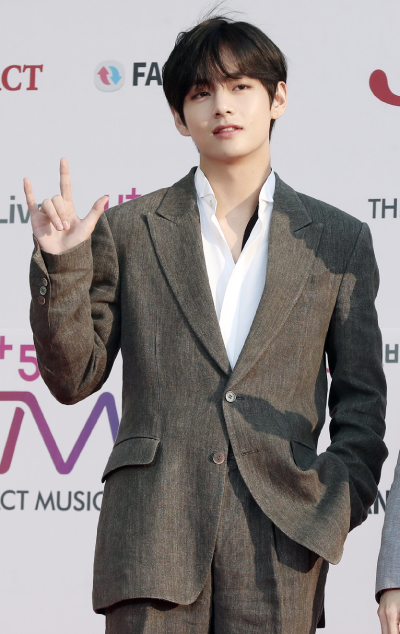 The song was posted on the group’s official social media platforms for free download, along with a music video.

V, whose real name is Kim Tae-hyung, composed the song with producers from his agency Big Hit Entertainment and wrote the lyrics for the new release.

The song is V’s first English-language song. It follows his first Korean song, “Scenery,” a song he wrote himself, which was released in January.

RM, the leader of the septet, helped translate the lyrics into English, according to BTS’s Twitter.

“The person who wrote lyrics in English for the first time here,” V tweeted. “I wrote the lyrics while watching a movie during a tour. Thank you, RM, for your help.”

The members of BTS have each have released self-made digital solo songs. Team leader RM released a package of his own songs, “mono.,” in October 2018, followed by Jimin, who unveiled the self-composed single “Promise” in December.