Naver says ‘yes’ to finance after ‘no’ to banking

Naver says ‘yes’ to finance after ‘no’ to banking 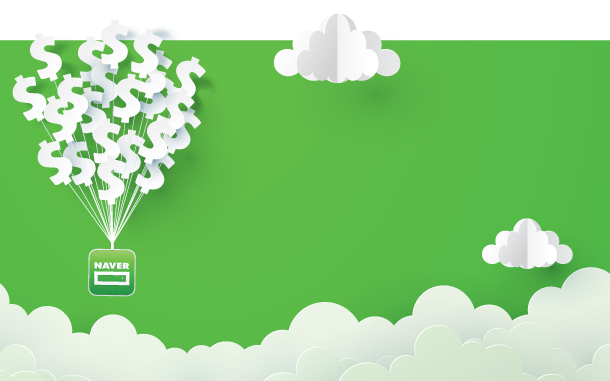 Naver, the dominant search engine in Korea and controlling shareholder of the Line messaging app, has been playing it cool when it comes to finance.

As much as the government hoped to get the tech company into the contest for an internet-only bank, the company declined to even participate in the bidding. It does have Naver Pay, but it avoided making loans or selling financial products.

That’s all set to change.

Naver announced last month its intention of spinning off Naver Pay and transforming it into a full-fledged financial company. Tentatively named Naver Financial, the new entity will venture into a broader range of services, including lending, on top of the operations of Naver Pay.

Naver is looking to use its search engine to draw customers, mainly shoppers and merchants. Rivals KakaoPay and Toss have used free money transfers to get users to join.

Naver Financial is scheduled to be established on Nov. 1, and Mirae Asset Daewoo, in which Naver is the third largest shareholder, is set to invest 500 billion won ($413.6 million) into the new unit.

The company’s financial services will be built around Naver Shopping, an online open market platform that brings together a vast array of products sold from online malls, small, independent shops, department stores and outlet malls.

Established in 2014, transactions made through the shopping platform have grown substantially, to a point where it is a threat to Gmarket and 11st. Total transactions on the site were 9.8 trillion won in the first half of the year, according to WiseApp, though the figure also covers the purchases of digital content, such as webtoons. Transactions at eBay Korea companies Gmarket and Auction stood at 8.8 trillion won during the same period.

The growth of Naver Shopping drove a surge in the use of Naver Pay, as the payment service is featured as a main payment option. Naver Pay had 10.9 million users in July, when 1.4 trillion won of transactions.

“Naver Financial won’t enter into the banking business at a time when K bank and Kakao Bank are doing well,” Choi said during a conference call on July 25.

“But we plan to expand into new businesses in the areas of payments, loans and insurance.”

A potential business area is offering credit to merchants on Naver Shopping, according to a spokesperson of Naver Pay.

“Under the current system, the payment will be disbursed to sellers’ bank accounts after the products are sent and a buyer confirms the delivery,” the spokesperson said, “So, since there is a term before getting paid for what they sold, some merchants face financial shortfalls.”

“We thought that there is a business opportunity to directly offer credit or loans to the merchants.”

As for the selling of financial products, the business will also be tied to the Naver Shopping platform.

“Let’s say a user bought a travel package though our shopping platform,” he said, “Then we can automatically recommend travel insurance products.”

The spokesperson noted that nothing yet has been set and that he was just mentioning some possible ideas that could be pursued.

Naver Financial is valued at around 2.5 trillion won and is growing steadily, according to Lee Kyung-il, an analyst at Cape Investment & Securities.

“Unlike rivals preoccupied with discounts and events for short-term results, Naver Pay has been focused on ensuring generous rewards points, which establishes a business model for constant growth” Lee said.

Choi, who was tapped as the head of Naver Financial, indicated that the company could go for an initial public offering should its business continue a steady expansion.

Kim Soo-min, an analyst at Daishin Securities, said that Naver’s strong position in e-commerce and functions aimed to boost the sales on its shopping platform could help Naver Financial bolster its standing.

“Its well-established e-commerce ecosystem that provides a one-stop shopping experience ? from product search and purchases to payments and delivery status updates ? is keeping its customers, both merchants and buyers, from switching to other platforms,” the analyst said.

While Naver recorded weaker than expected earnings in the second quarter due to marketing costs for Line messenger, the business platform segment, which includes Naver Shopping, posted 715.9 billion won of operating profit, up 17 percent on year. The segment makes 44 percent of Naver’s entire operating profit.

Line Financial, Line's subsidiary that provides financial related services, formed Line Bank Preparatory Company with the aim of introducing the bank by 2020. The joint venture will be 51 percent owned by Line and 49 percent by Mizuho Financial Group.