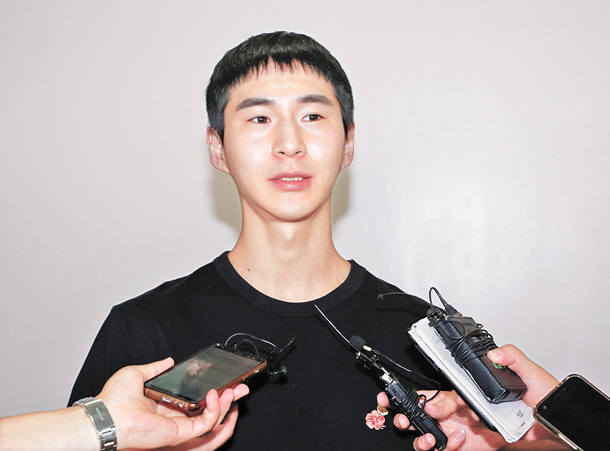 YouTuber Benzz was fined 5 million won ($4,000) on Monday by the Daejeon District Court for “misleading consumers” in an advertisement for his food supplement company.

Benzz, a 29-year-old mukbang YouTuber whose real name is Jeong Man-su, was indicted in June 2018 for violating Article 18 of the Health Functional Foods Act with his dietary supplementary brand launched in 2017.

He founded Eat4U and started selling supplementary foods such as vitamin-infused water and soy milk, advertising them as “dietary supplements” that help reduce fat on the brand’s website.

The prosecution requested a six-month prison term for the YouTuber in July.

On Monday, the court ruled that Benzz must pay a fine of 5 million won for being “likely to deceive, mislead or confuse consumers,” according to the law. Additionally, his company Eat4U must also pay a 5 million won fine.

While Benzz argued that he only used real reviews written by consumers, the court decided that only emphasizing the reviews published could mislead people into believing that the product actually has an effect on weight loss.

“The defendant needed to take more care, considering the influence he has over the consumers with his videos,” the court said.

It added, however, “It was not based on false facts, and there is no proof that he meant to deceive consumers. The advertisement was also posted for a short period of two to three months.”

Benzz told the local press after the trial that he will “take all responsibility” for his wrongdoings but hinted that he may appeal, saying, “I do need to think whether this is enough of a reason to be punished.”

Benzz is one of the most popular mukbang YouTubers in Korea, and he has over 3.2 million subscribers to his YouTube channel. He is famous for maintaining a slim body shape despite eating large amounts of food during his broadcasts.