The $250 million fake egg is coming to Korea

The $250 million fake egg is coming to Korea 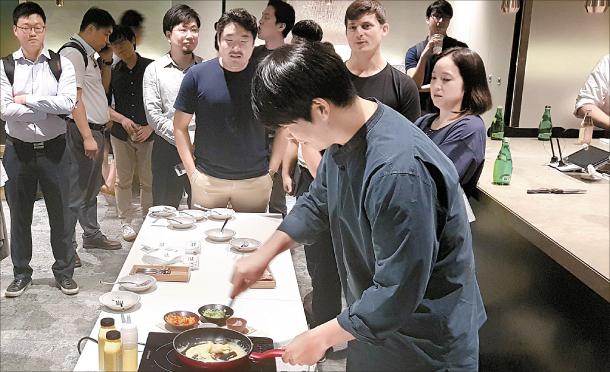 When Josh Tetrick first demonstrated JUST Egg, he often ended up with egg on his face.

“During early trial performances, it evaporated like water, so I was often embarrassed,” said the founder and CEO of San Francisco-based JUST.

But with the support of Bill Gates, the founder of Microsoft, and Li Ka-shing, senior adviser of CK Hutchison Holdings, and after experimenting with 391,000 types of vegetable proteins, Tetrick thinks he has cracked the code and made the ultimate fake egg.

The final product is a mixture of about 10 ingredients, including mung beans and turmeric. The non-egg egg liquid is poured from a bottle.

Tetrick is confident enough to take the product on the road and introduce it in Korea to find distributors.

One of the first destinations was the Regular Six restaurant in Gangnam District, southern Seoul, where he showcased the egg alternative last Friday. 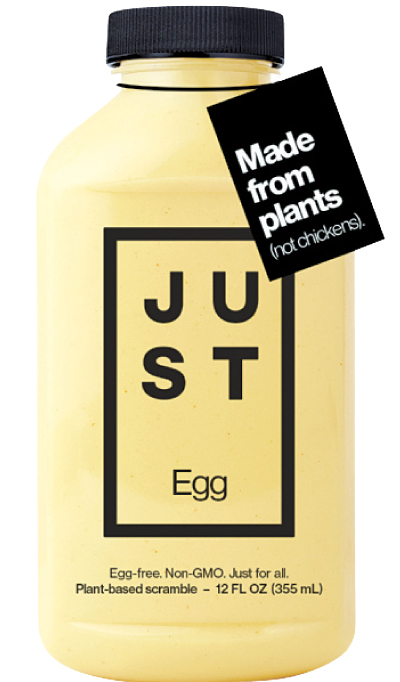 As soon as JUST Egg was poured from the plastic bottle into a frying pan, it cooked like the real thing.

The use of alternative proteins to create food is in the spotlight largely for environmental reasons. Getting eggs from chickens is taxing on resources.

JUST Egg is also more affordable that most other protein sources.

“During the fourth quarter of 2021, the production cost per 44 milliliters of JUST Egg will be lowered to 4.9 cents, becoming the protein with the cheapest cost per quantity,” the founder said.

The product is easier and cheaper to provide to areas suffering from food shortages.

A JUST Egg is also healthier, with less cholesterol and lower levels of saturated fats than animal-based proteins.

Tetrick became interested in plant-based proteins after encountering the food imbalances in Africa.

After majoring in African studies at Cornell University and graduating from Michigan Law School, he worked as a social activist for seven years in Africa.

After that, he returned to his hometown and established a start-up to improve the world’s food supply system.

The company has attracted $250 million of investment.

JUST is planning to take itself public.