Beating the heat was no easy task in Joseon era: Exhibit looks at how Koreans dealt with summer before A/C

Beating the heat was no easy task in Joseon era: Exhibit looks at how Koreans dealt with summer before A/C 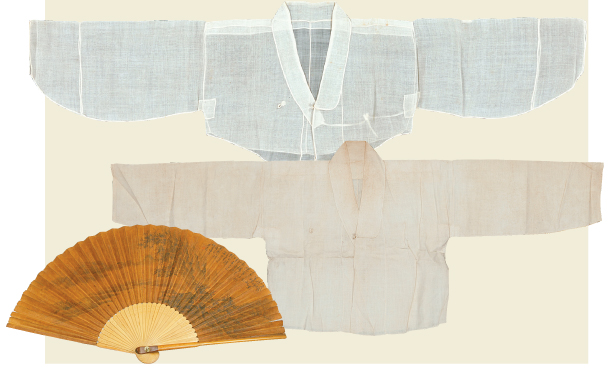 It’s impossible to imagine life without air-conditioning during the hottest days of the year. But, it hasn’t been that long since the modern convenience completely changed the way Koreans spend their days and nights in the summer.

The National Folk Museum of Korea in central Seoul decided to reorganize its Permanent Exhibition Hall 1 with an exhibit that allows visitors to learn how people of the Joseon Dynasty (1392-1910) beat the heat.

Titled “A Summer Day of Koreans,” the exhibition displays 79 artifacts related to summer, showing what Koreans wore, ate and played with to stay cool.

In the beginning of the exhibition, visitors can enjoy a painting of two old men playing janggi, or Korean chess, while sitting in a daecheongmaru (open-air rooms in traditional Korean houses), cooling themselves down with a handheld fan. This is a painting titled “Janggido” by Korean painter Unbo Kim Ki-chang (1914-2001). As seen in the painting, many Koreans killed time in these kinds of open-air rooms in their homes because they were said to be the coolest areas of the home. If they felt like meeting up with neighbors, the place to go was the traditional pavilions that are located in each neighborhood. These pavilions still exist, especially in neighborhoods located in rural areas. Many older Koreans still gather in these pavilions today, sharing watermelon and waiting for the sun to go down. 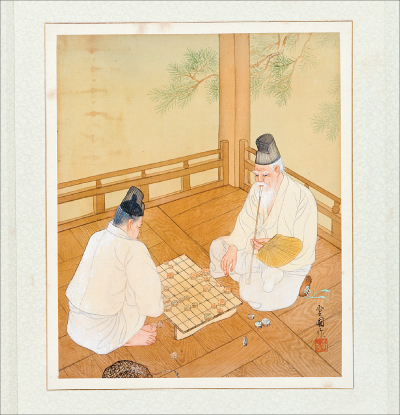 Foreign visitors may be shocked to see a display of jukbuin in the next section. The English title provided to help visitors understand the use of this long bamboo cylinder calls it a “bamboo wife,” which may only confuse them.

This so-called bamboo wife was a must-have summer item for most households in the Joseon era. Since it was considered a luxury to have two in a household, the item was mostly used by men, hence the name. During humid nights, instead of using blankets that quickly become damp, wrapping one’s arms and legs around the bamboo wife is said to lower one’s body temperature.

The exhibit also displays traditional fish traps made of willow or bamboo known as gari and tongbal. Children used the traps when they played in the streams during summer, while adults used them as tools for their livelihoods.

The exhibit also shows the agony people felt at the time. Despite the heat, they still had to go out to work on in the fields and farms. Many farmers today have handheld fans and broad-brimmed hats that cover the neck, not to mention those icy arm coolers and neck coolers that you can wear after refrigerating them for hours.

From left: Jukbuin, or bamboo wife, which Korean men used during summer nights to wrap their arms and legs around for a better sleep; farmer’s summer hat called nonglip made using straw; and farmer’s rain coat called dorongi also made using straw.[NATIONAL FOLK MUSEUM OF KOREA]

All that Joseon farmers had were a traditional farmer’s summer hat that is made of straw, known as nonglip, and a matching rain cape, also made of straw, called dorongi. Straw or barley were good materials to use for weaving hats and outfits for farmers who had no choice but to work despite heavy rain or the scorching sun.

One section of the exhibition shows visitors different hanbok, or traditional Korean dress, made using ramie, which was a popular fabric to use during summer. Women weaved them for their husbands and kids, and their methods and outcomes are shown in the exhibit.

As for the foods that cooled the Joseon people down, visitors can only see them through images on display because “foods can go bad if exhibited for real,” explained the museum.