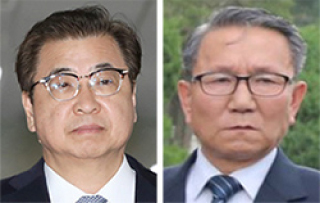 South Korea proposed another inter-Korean summit to the North at a secret meeting between spy chiefs in April, only to be rebuffed, according to government sources in Seoul.

Jang was appointed head of the UFD on April 11, while the NIS confirmed news of his appointment to the South Korean National Assembly’s Intelligence Committee on April 24. Given that the NIS only makes briefings once it has verified such information through personal contact, it is likely that the meeting took place within this window, probably at the truce village of Panmunjom.

The NIS did not confirm whether such a meeting had taken place, saying it was unable to disclose the activities of its intelligence chief.

According to the source, the two officials largely traded greetings and discussed the future of inter-Korean relations. South Korean President Moon Jae-in’s announcement on April 15 that he would hold a fourth summit with North Korean leader Kim Jong-un at any time and location suggests this proposal was addressed at the meeting, but Jang is believed to have expressed reluctance to the idea.

It is widely believed that Jang took over the UFD, one of the North’s leading agencies in charge of relations with South Korea and espionage, from its former chief, Kim Yong-chol, after the latter’s failure to reach a nuclear deal with the United States at the second U.S.-North Korea summit in Hanoi, Vietnam, in February.

The appointment of Jang, a virtual unknown, as the successor to the experienced Kim Yong-chol was regarded as a sign that the UFD had been sidelined as the main body in charge of the negotiations with Washington.

Testifying to this change was the fact that Pyongyang’s Foreign Ministry gained an elevated profile in subsequent engagements with the U.S., with Foreign Minister Ri Yong-ho accompanying Kim Jong-un for his one-to-one talks with U.S. President Donald Trump at their Panmunjom meeting last June.

Since Hanoi, the UFD has been virtually absent from the negotiation process, while North Korea accordingly adopted a harsher rhetoric toward the South. Over the weekend, Pyongyang’s Foreign Ministry launched a scathing criticism on Seoul, saying it would not interact with the South until an explanation was received with regards to joint military exercises with the United States this month. It has also rejected to take food aid offered by Seoul, despite continuing food shortages in the country.

Although the souring of inter-Korean ties has meant few exchanges between the two sides through their official channels of communication like the liaison office in Kaesong, unofficial contact appears to still be active through spy agencies.

According to sources who talked to the JoongAng Ilbo, the South’s NIS and the North’s UFD have had secret talks on multiple occasions in the past, like in February last year, when Suh allegedly shared drinks with Maeng Kyung-il, deputy director of the UFD, when the latter visited the South to attend the PyeongChang Winter Olympics.

The two exchanged the idea of holding an inter-Korean summit, which came to fruition on April 27 with the historic first summit between Moon and Kim. Similar contact was made in late June last year, after the first U.S.-North Korea summit in Singapore, as well as in July and September last year to help Japan make contact with the North.

Yet even this unofficial communication channel between the Koreas has been unable to break through the North’s recent aversion to direct contact with the South following the Hanoi summit, with Pyongyang insisting it will only deal directly with Washington. Seoul even tried to broker an official trilateral summit between the Koreas and the U.S. at the snap meeting between their leaders at Panmunjom on June 30, but North Korea is said to have strongly rejected the idea.