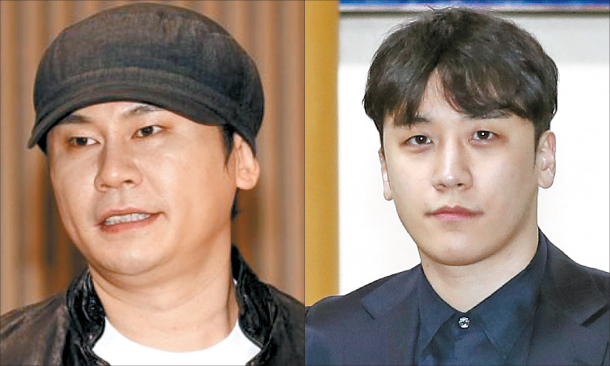 Police have began an official investigation into Yang Hyun-suk, former head of YG Entertainment, and Lee Seung-hyun, the former member of boy band Big Bang who went by the stage name Seungri, for illegal gambling overseas, police said on Wednesday.

“We have booked former president [of YG Entertainment] Yang and Seungri for habitual gambling,” police said during a press briefing held at the National Police Agency in Migeun-dong, western Seoul.

The police are also “looking into” pressing additional charges against Yang and Lee for unauthorized currency exchange.

“We cannot [provide] details [about] their crime, the amount of money or the number of times [they exchanged money] because it’s likely they will try to get rid of evidence,” police said.

Earlier this month, police were given a tip that Yang and Lee had gambled illegally overseas, namely in one of the VIP rooms at the MGM Grand Las Vegas Hotel and Casino.

Korean citizens are only allowed to gamble at the state-authorized Kangwon Land in Gangwon.