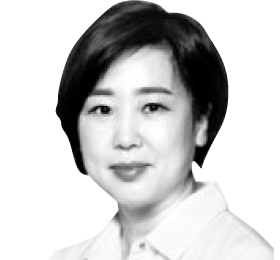 Yang Sunny
The author is a senior columnist at the JoongAng Ilbo Plus.

There are no wars without cause or design. Causes can seem persuasive and sometimes just. But they mostly mask weak, greedy and evil schemes. To win a war, one must not focus on the cause.

The grounds for Japan initiating an economic war against Korea has been weak. Still the purpose should be studied carefully and coolly. Why has Japan targeted three materials essential for chipmaking for its first export curbs on Korea? It was believed that Tokyo chose the target to hurt Korea’s mainstay industry of semiconductors. But the design may have a deeper goal than simply damaging a country’s core industry, as it can signal the beginning of a global semiconductor war. Even without the Supreme Court rulings on wartime forced labor, the Japanese government could have resorted to the beggar-thy-neighbor policy against Korea to rebuild its chip segment.

Micron Technology — the world’s third-largest memory chip maker after Samsung Electronics and SK Hynix — vowed to complete the 13-nanometer DRAM process upgrade at Hiroshima fab at a cost of $2 billion by the first half of this year. The upgrade would enhance processes and capacity to levels on par with the Korean rivals dominating the global DRAM market. The Hiroshima fab used to be owned by Elpida — a Japanese company which was acquired by Micron Technology for $2.5 billion in 2013. Elpida was born through the mergers of the DRAM businesses of Mitsubishi, NEC and Hitachi under government arrangement in 2000 but went bust and was eventually sold to Micron. Micron has since invested heavily to create the world’s biggest DRAM fab. The facility symbolizes U.S.-Japan coalition to break the Korean predominance in the memory market.

Korea’s two semiconductor majors currently control 72 percent of the global DRAM market and have powered China’s technology ascension. China has invested massively to its semiconductor industry, but is far behind in the technology. By striking Korean chipmakers, the America-Japan coalition could rein in China’s high-tech rise.

The semiconductor wars have always been the fiercest of the industrial wars. The first war was between the United States and Japan beginning in the late 1970s. American companies ganged up on Japanese companies when they controlled over 80 percent of the global memory chip market. The Japanese government jumped in to defend Japan Inc. The protracted battle eventually led to chain bankruptcies of United States and Japanese memory players. Their tragic fall gave opportunities to new players from Korea.

The second war panned out from the late 1990s to the 2000s. Governments got involved in the game of chicken among players to gain dominance through price competition. Hynix under heavy debt from a government-led merger became the primary target. Chipmakers from Europe, the United States and Japan attacked their Korean competitors with dumping charges, and their governments took their defense by slapping heavy tariffs on Korean products. But Korean players stayed tough. Since then, the DRAM market has been dominated by three players — two from Korea plus Micron. Only the strongest can survive in the chip game as one slip can mean the end.

Korea survived the two wars. SK Hynix lasted, and it localized cutting-edge technologies despite a lack of capital. It was backed by designers and a vibrant chip market.

But Korea’s winning chance in the upcoming war cannot be guaranteed. The supply chain is virtually dead “under the shadow of outsized players,” said an industry source. The two major players make billions of dollars every quarter, but have not invested in the local habitat and instead opted to import materials and parts from overseas. Japan — as well as possibly America — took aim to break the value chain to shake Korea’s core industry. It would have long studied Korea’s weakest point.

There is no permanent friend or foe in the world. Team Korea should be strengthened for times of difficulty and external challenge. The war has started and Korea cannot afford to lose as chips now make up one fifth of Korean exports. We do not have any other choice but to fight back with all our might.