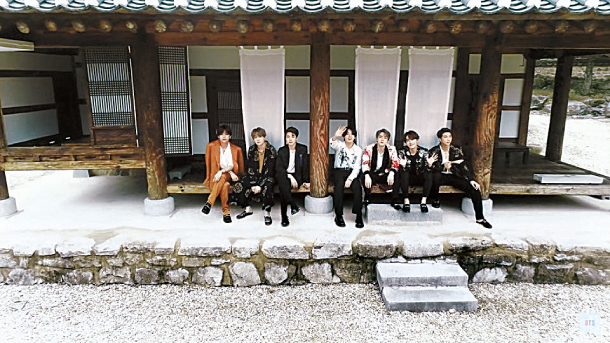 Although boy band BTS is officially on a break, their agency Big Hit Entertainment will continue to keep fans entertained during the hiatus by releasing videos from the members online.

The agency will be releasing the first episode of special documentary series “Bring the Soul: Docu-series” through BTS Weverse on Aug. 27, it reported on Friday. Weverse is an app for the K-pop group’s new official fan community that was made in June so that local and foreign ARMY (the group’s fan club) alike could communicate with the septet.

The special documentary series will be six episodes long, with each part being released every Tuesday until Oct. 1. The episodes will cover the group’s “Love Yourself” world tour, which started in Seoul in August 2018.

The agency has also released “Bring the Soul: The Movie” in theaters earlier this month. The film contains behind-the-stage moments and anecdotes from the members. The documentary series will reveal more in-depth stories that didn’t make the film from each member.

Meanwhile, the agency has also released a preview of the “BTS 2019 Summer Package in Korea” through their official social media accounts and YouTube channel.

In the 90-second-long clip, the septet shows off local traditions by wearing modernized hanbok in the background of the Hanok Village in Wanju County, North Jeolla.

It was reported that the group stayed there for a week and filmed various activities around the area. The release dated of the official promotion video has yet to be announced.