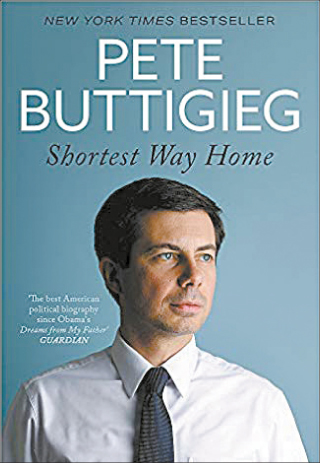 Shortest Way Home: One mayor’s challenge and a model for America’s future

PUBLISHER : John Murray
This is a mayor’s inspirational story of a Midwest city that has become nothing less than a blueprint for the future of American renewal.

Once described by The Washington Post as “the most interesting mayor you’ve never heard of,” Pete Buttigieg, the 37-year-old mayor of South Bend, Indiana, has now emerged as one of the United States’ most visionary politicians. With soaring prose that celebrates a resurgent U.S. Midwest, “Shortest Way Home” narrates the heroic transformation of a “dying city” (Newsweek) into nothing less than a shining model of urban reinvention.

Elected at 29 as the country’s youngest mayor, Pete Buttigieg immediately recognized that “great cities, and even great nations, are built through attention to the everyday.”

None of this is underscored more than Buttigieg’s audacious campaign to reclaim 1,000 houses, many of them abandoned, in 1,000 days and then, even as a sitting mayor, him deploying to serve in Afghanistan as a Navy officer. Yet the most personal challenge still awaited Buttigieg, who came out in a South Bend Tribune editorial, just before being reelected with 78 percent of the vote, and then found Chasten Glezman, a middle school teacher, who would become his partner for life.

While Washington reels with scandals, “Shortest Way Home,” with its graceful, often humorous language, challenges our perception of the typical U.S. politician. 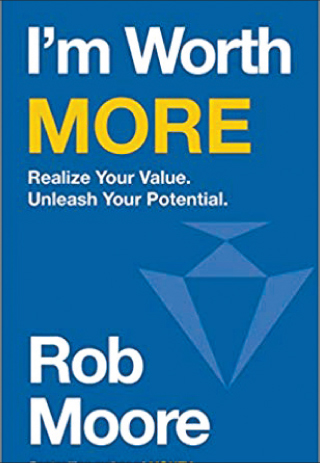 I’m Worth More: Realize Your Value. Unleash Your Potential

Anyone can look successful with the right watch on their wrist or car parked in the driveway - but what is real success and how much are you worth?

In this fascinating, liberating book, best-selling author Rob Moore takes you back to basics and examines how to realize your real value - your self-esteem, your ambitions, your reputation and your income.

No longer will you doubt yourself, make self-defeating comparisons or make assumptions about how others see you - instead you will maximize your opportunities and love yourself. 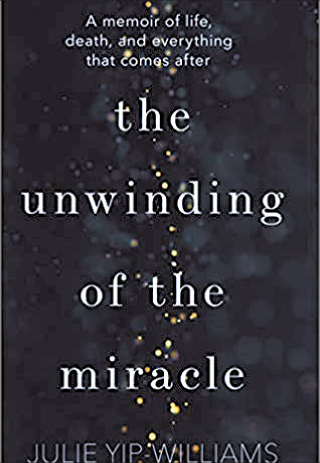 The Unwinding of the Miracle: A memoir of life, death and everything that comes after

Born blind in Vietnam, Julie Yip-Williams narrowly escaped euthanasia at the hands of her grandmother, only to have to flee the political upheaval of the late 1970s with her family. Loaded into a rickety boat with 300 other refugees, Julie made it to Hong Kong and, ultimately, the United States, where a surgeon gave her partial sight. Against all odds, she became a Harvard-educated lawyer with a husband, a family and a life. Then, at the age of 37, with two little girls still at home, Julie was diagnosed with terminal metastatic colon cancer, and a different journey began.

Growing out of a blog that Julie kept for the last four years of her life, “The Unwinding of the Miracle” is the story of a vigorous life told through the prism of imminent death - of a life lived vividly and cut too short. With glorious humour, bracing honesty and the cleansing power of well-deployed anger, her story is inspiring and instructive, delightful and shattering. More than just a tale about cancer, it’s about truth and honesty, fear and pain, our dreams and our jealousies, and it’s about how to say goodbye to your children and a life you love.

Starting as a need to understand the disease, it has evolved into a powerful story about living - even as Julie put her affairs in order and prepared to die. 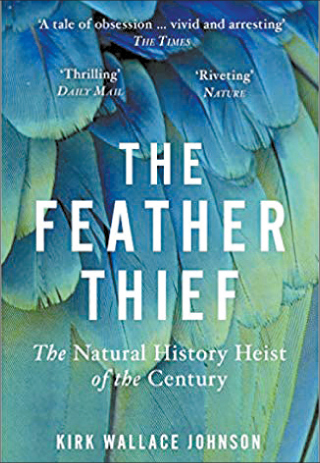 The Feather Thief: The Natural History Heist of the Century

One summer evening in 2009, 20-year-old musical prodigy Edwin Rist broke into the Natural History Museum at Tring, home to one of the largest ornithological collections in the world. Once inside, Rist grabbed as many rare bird specimens as he was able to carry before escaping into the darkness.

Kirk Wallace Johnson was waist-deep in a river in New Mexico when his fly-fishing guide first told him about the heist. But what would possess a person to steal dead birds? Had Rist paid for his crime? In search of answers, Johnson embarked upon a worldwide investigation, leading him into the fiercely secretive underground community obsessed with the Victorian art of salmon fly-tying.

Was Edwin Rist a genius or narcissist? Mastermind or pawn? 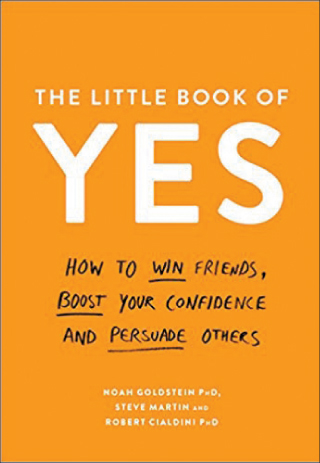 The Little Book of Yes: How to win friends, boost your confidence and persuade others

This travel-sized handbook will become your go-to key for ensuring that the world says “yes” to you, your ideas and your requests.

“Yes” connects us to the world and carries us into the future. So why do we find it so hard to get others to agree? And how can we improve our chances?

“The Little Book of Yes” contains 21 short essays that outline a range of effective persuasion strategies, each proven to increase the chances that someone will agree to your request.

The timeless principles and practical lessons in this book can be used to tackle a variety of challenges, from repairing a soured relationship to negotiating a higher salary.