[TOPPLING THE TROPES] Portraying women’s multitudes: Female characters have long been confined to certain roles, but many are pushing back

[TOPPLING THE TROPES] Portraying women’s multitudes: Female characters have long been confined to certain roles, but many are pushing back 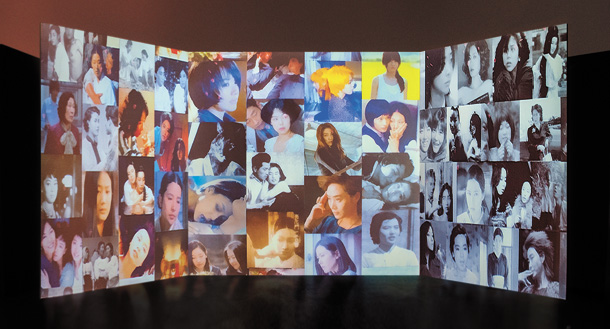 A special exhibition about the evolution of female characters in local films titled “The Bad Women, The Weird Women, The Dope Women,” is being held at the Korean Film Archive in Mapo District, western Seoul, until Oct. 13. [JEON TAE-GYU]

Avid moviegoers may notice some tropes that have become increasingly popular in local films over the years. There always seem to be some roles that are reserved for certain kinds of people, or certain topics that call for certain types of characters. Whether true or not, some stereotypes seem to grow stronger with every film.

Are these tropes representing the truth? Or are they only reinforcing stereotypes or impressions people have that may not be totally accurate? Through this series, the Korea JoongAng Daily will take a look at some of the popular tropes in local films and take an in-depth look at how they affect the communities of the people they portray.


“There aren’t a lot of chances for actors like me,” said actor Kim Hye-soo during a press interview in August 2012, after the premiere of the local film “The Thieves,” in which she plays a skilled thief who goes by the pseudonym “Pepsi.”

“The local film industry centers around male-led narratives and films. So female actors are left with sub plots or roles that merely support the male characters. If we are left with cliche female characters, it doesn’t matter who plays the role as long as she ‘looks pretty’ - why would anyone want to play such a role?”

Like Kim, veteran female actors like Son Ye-jin, Jeon Do-yeon, and Jo Min-su have appeared in films after a few years away from the big screen and given interviews in which they make similar points: not enough scripts come to them, or when they do come, the characters are not as interesting as they hoped for.

Further research into female-lead films in recent years proves their point: Of the top 25 local films at the box office in recent years, only eight had a woman as the top-billed actor in 2016. There were three female-led films in 2017 and seven in 2018.

Organized by the Korean Film Archive, a special exhibition titled “The Bad Women, The Weird Women, The Dope Women” hosts screenings and special talk programs with film and culture critics to discuss how the female characters have evolved throughout the century-old history of local films. The Korea JoongAng Daily had the chance to interview some of the experts about how far local films have come, and how much father the industry needs to go. 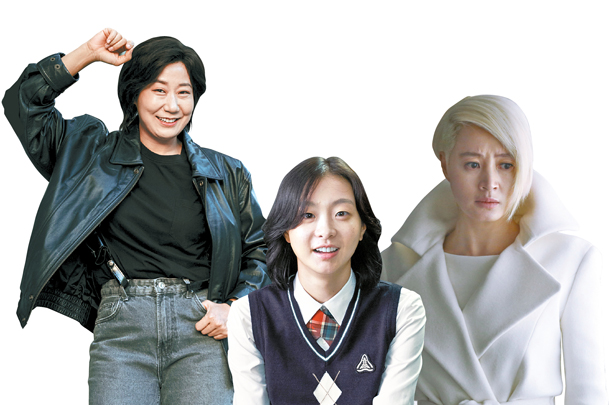 Ever since the recent wave of feminism swept the country, gender polarization has been a constant topic of conversation in all matters of society, including films.

When “Captain Marvel” and “Miss & Mrs. Cops” - both female-led flicks - hit the local box office, reviews from viewers on Naver were split pretty starkly by gender: men gave the films scores of 4.34 and 1.99 out of 10, while women praised both works and gave them scores of 9.05 and 9.31, respectively.

Some of the comments criticized the films for offering highly “unrealistic” portrayals of women because of the way the heroes and detectives fought on screen, while others said that the characters lacked motivation for their actions.

“[The radically different approaches to these films] just show how far the two genders have grown apart,” said film critic and researcher at the Korea Media Rating Board Kim Sun-ah. “Female characters are appearing with roles that govern or rule the law such as police detectives - traditionally framed to be jobs for males - and directly resolving problems with their own hands.”

“I think that men feel threatened in a way,” film critic Cho Hye-young agreed. “They feel that [women are] intruding into territories that have typically been dominated by men.”

However, Son Hee-jung, another culture critic and a researcher at The Center for Women’s Culture and Theory (CWCT) sees it differently.

“I see it as a process of change,” said Son. “It looks as if disputes exist because of the stronger voices that demand more female characters and protest against the sexual objectification of female actors. But we have always seen male-centered flicks or TV shows without raising questions [until now]. Audiences have begun to see things differently. What was considered normal before is now unnatural or strange to their eyes.”

“It seems that it’s very difficult for women to enter the public sphere in the movies,” noted Kim. “Their stories are usually within the domestic sphere of maternal love, romantic love, personal revenge or jealousy.”

Recent action films such as “The Villainess” (2017) or “A Special Lady” (2017) featuring Kim Ok-vin and Kim Hye-soo face similar setbacks: No matter how powerful they are, the women’s motives are driven back to domestic spheres and the love they feel for their children or partners.

“If women act outside of the cliches of maternal love, critics disapprove of the narrative, arguing that they lack inspiration or probability,” said Son. “So when ‘The Witch: Part 1. The Subversion’ (2018) was released and portrayed a seemingly innocent, young girl with extraordinary supernatural powers fighting the ultimate evil, the film faced criticisms that the main character, Goo Ja-yoon, lacked a motive for her actions. But what if a boy embarked on the same adventure? Would the critics have been more easily persuaded by his motive?

“It’s interesting to see local films like ‘Miss & Mrs. Cops’ and ‘Miss Baek’ come out where women’s impulses are driven by reasons outside of maternal instincts,” observed Son.

All three critics agreed that in order for female narratives to succeed, more women need to be involved in the film industry.

According to annual reports published by the Korean Film Council, the number of women participating in the making of local commercial films is ridiculously low. In the fields of directing, producing, scriptwriting and filming, the percentage of women is well below 50 percent, with the highest percentage being in production and scriptwriting. In those areas, the number did not exceed 30 percent as of last year.

“For what we can do right now, [the film industry] needs to enforce film policies regarding gender equality,” Son said. “I heard that overseas, in countries like Australia, Sweden and the U.K., the movie industries have effectively enacted protocols and a number of award-winning films by female directors have been made as a result. Likewise, we need to take a look at the ratio of women on the crews of local films and advocate for gender equality, encouraging works by the female directors to be released in theaters.”

In the long term, Cho says that education on media literacy is relevant in changing the current lack of female narratives.

“We need to go back to the beginning, from when children begin reading fairy tales,” commented Cho. “In my film class, a lot of my students tell me that they are writing scripts with female narratives, but they’re stuck. They confide that they don’t know how to develop their female characters, or how the characters would act rationally in the plots. This is because they grew up only learning about and watching [stories] about men.”

Overall, Cho contends that women need to realize and talk about their diversity to create more colorful and dimensional female characters that can appeal to female audiences.

“Throughout history, women have been viewing women through a male [perspective] that has been considered to be the mainstream,” said Cho. “When we begin to perceive our differences from our perspective, I believe new possibilities will rise in the film industry, which can create new communities, conflicts, or solidarity [amongst women].”

“I know that genre films are conservative and can be difficult to move forward,” said Son. “People go to see certain genres, for instance, comedy, because they expect a good laugh. But that doesn’t mean they want to see a repetition of the same narratives. They want something in the middle, where they can expect to see what they want but also make room for creators to take a step outside of the conventional patterns. And I believe that freedom is enough for the industry to develop multi-dimensional characters that can impact the audience.”