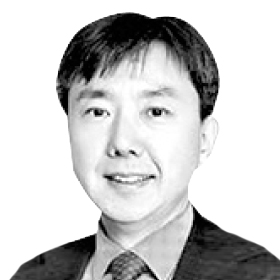 Lee Jae-min
The author is a professor of international law at Seoul National University School of Law.

National security acts have been like ownerless land. Few thought of invoking them until U.S. President Donald Trump discovered their effective and powerful use as trade weaponry. He turned to the little-known section 232 of the 1962 Trade Expansion Act to impose sweeping tariffs on steel imports in 2018 to protect local industry on “national security grounds” and has been flagging its application on automobile imports.

Japan took that cudgel to a new level. Although it was the pioneer, the United States was careful and selective in its application. Washington restricted curbs on trade to a specific segment — steel or automobiles. It released reports of hundreds of pages after a yearlong investigation in various fields and cases. Tokyo was even more blunt. It removed South Korea entirely from its preferential list of trade partners simply citing “reduced trust.” Never has a government taken so extreme an action against another state since the international trade framework was established through the General Agreement on Tariffs and Trade (GATT) in 1947. Tokyo has taken Trump’s idea on using trade sanctions on security grounds and run with it. The list itself is no longer an issue as the move has fundamentally shaken the international trade order. Japan has gone too far.

There are national security exceptions in Article 21 of the GATT. It enables members to take “any action which it considers necessary for the protection of its national security.” Exceptions are made in just four cases: in time of war or other emergency in international relations; in pursuance of an obligation under the United Nations (UN) Charter for the maintenance of international peace and security; in relation to fissionable materials or the materials from which they are derived; to the traffic in arms, ammunition and implements of war as well as other goods and materials that can be supplied to a military establishment. The exemption clause was studied by a World Trade Organization (WTO) panel for the first time in April on a dispute between Russia and Ukraine over Moscow’s invoking of “national security” to bar Ukrainian products from accessing Russian rail lines. The panel and the provision are likely to be the judge over inter-government disputes on national security grounds. Seventeen states, including South Korea and Japan, took part in the three-party panel.

In its written report in November 2017, Tokyo recognized the need for Article 21 to protect the national security of member countries, but added that it is “not bounded and must be exercised with extreme caution.” Tokyo stressed extra discretion in resorting to trade embargoes on security grounds with the mention of “extreme caution.”

Yet in practice, Tokyo has done the opposite by launching export curbs on items exclusively bound for South Korea since early July. It has not given any clear reason except for “weakened trust.” Its grounds fall into none of the four exceptional clauses or its own position of “extreme caution.” No matter what excuses it finds, Tokyo has unfairly imposed curbs on exports bound for Korea. The regulation itself is a violation of rules. Easing and tightening the rules can be damaging as the move increases uncertainty in trade.

If Tokyo does not reverse its course, Seoul’s choice of responses is limited. It may have to head to the WTO regardless of the disagreement over the move. Japan will file a countersuit. A trade dispute settlement won’t end the conflict between the two as the core lies in a diplomatic dispute, differences in the legal interpretation of the 1965 Basic Treaty to normalize relations between the two countries. But Korea has to address the issue in the WTO framework as the conflict on the surface has sprouted after Japan’s export curbs on Korea.

A WTO dispute-settling process usually takes about 27 months. The process at the International Court of Justice (ICJ) averages four years and international arbitration takes around 2.5 years. As in all courts, trials require time. Then there is the appeals process. The first ruling from the WTO panel is significant. The arbitration panel’s review over the Ukraine suit against Russia over its sea rights around the Crimean Peninsula could set a guideline. Tokyo has been stalling with further retaliatory actions, and Seoul’s overseas campaign highlighting Tokyo’s violations of trade acts may have played some part. 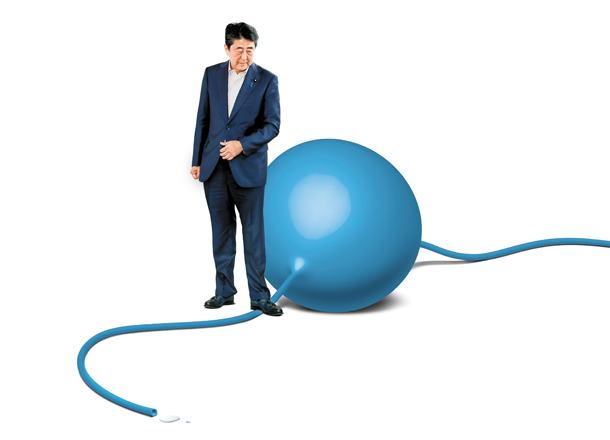 A diplomatic issue should not be entirely seen in the legal context. But it is also foolish to do nothing when the other party pursues legal proceedings. Seoul can compromise only when Tokyo halts export curbs before tensions escalate to the boiling point.

Let’s have a deeper look at the issue. Conflicts over national security usually take form in three stages. A diplomatic row builds up to a trade spat and then to a legal dispute.

Apart from the case of the April ruling, Russia and Ukraine are involved in three more suits at the WTO over various issues ranging from rail transit and product discrimination to tougher certification procedures. But the bottom line is their territorial claims over the Crimean Peninsula and national security.

In the Middle East, seven nations — led by Saudi Arabia and the United Arab Emirates (UAE) — are engaged in five WTO disputes with Qatar, subject to multiple embargoes from them because of its close ties with Iran. The disputes have all been triggered by national security issues.

Their disputes are also pending at the ICJ, which unlike trade litigation, requires court arrangements from both parties. Qatar challenged the Gulf States for discriminating against its people in violation of the international Convention on the Elimination of All Forms of Racial Discrimination (CERD). Under the convention signed by 181 nations, discriminating against “national origin” is a violation and therefore can be challenged at the ICJ. The convention signing entitles ICJ engagement.

The conflicts in the Crimean and Gulf areas involve multiple discriminations involving the origin of a nation. People have become discriminated against in their access to other nations, property rights, money transfers, education and cultural activities. The blockade has invoked the CERD. Ukraine filed a suit against Russia in January 2017 and Qatar did the same against the UAE in June 2018.

Their disputes provide lessons for both Seoul and Tokyo. They will have to spend years in various international courts if they do not settle their differences now. The case may not end at the WTO but also head to the ICJ as both are members. The Seoul-Tokyo contest has already shown early signs. They must end the fight before they cross the river of no return. Tokyo must take the first step of scrapping export restrictions.

Diplomatic endeavors must follow from both governments. They must agree on a truce and cease-fire on retaliatory actions to embark on serious negotiations. The two must lay out all possible cards and options to find some middle ground. Tokyo wants to keep the 1965 Basic Treaty intact, while Seoul wishes to compensate individuals in their wartime claims. If they cannot reach a diplomatic agreement, they can seek international arbitration on wartime claims.

There is no need to refuse international arbitration on wartime issues when Seoul is ready to take on Tokyo at the WTO. Tokyo, however, must promise to withdraw export restrictions and not to use the embargo card to pressure Seoul. Arbitration usually takes two and a half years. During that time, Korea must endeavor to localize its supply chain and wean itself off Japan’s IT materials and parts.

The last 50 days have wiped out a half century of goodwill between the two neighbors. We must stop the fight here and start serious talks.
Translation by the Korea JoongAng Daily staff.