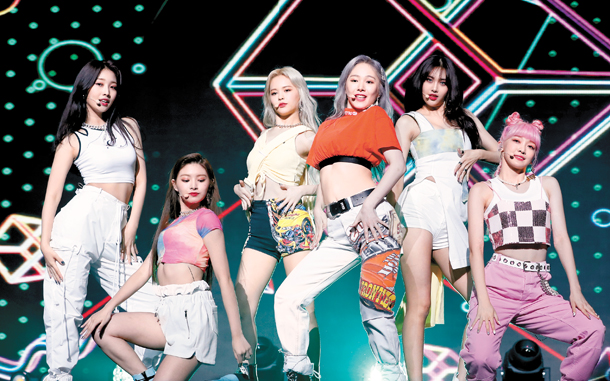 Girl group Everglow performs during a showcase for their second album “HUSH” on Monday at the Yes24 Live Hall, eastern Seoul. The six-member group made their debut in March with their debut single album “Arrival of Everglow.” Their latest release, which contains the track “Adios,” was distributed through online music streaming services on Monday evening. [NEWS1]