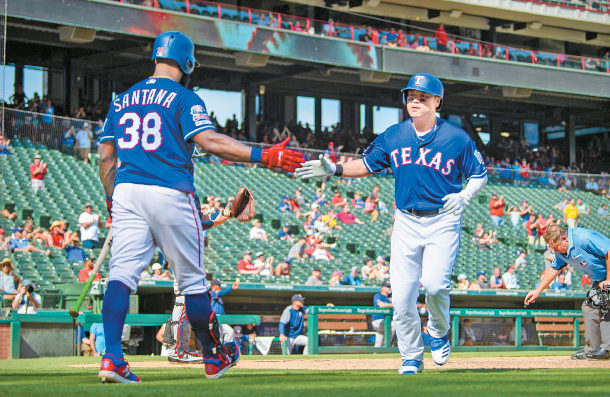 Choo homered off Sam Dyson of the Minnesota Twins in the bottom of the seventh inning at Globe Life Park in Arlington, Texas, on Sunday, a solo blast that tied the score at 3-3.

Choo, who debuted with the Seattle Mariners in 2005, has hit at least 20 homers in seven different seasons, including each of the past three. His career high is 22, set in 2010 with the Cleveland Indians and matched twice as a Ranger, in 2015 and 2017.

This year, he’s on pace to shatter his career high in home runs. The Rangers have 38 games remaining after Sunday’s game.

After Choo tied the score, the Twins responded with three runs in the top of the eighth and held on to take the game 6-3.

Choo was lifted at the start of the ninth inning for Jose Trevino in right, after batting 2-for-5 with an RBI and a run scored.

After Sunday’s game, Choo ranked 12th in the American League in on-base percentage and 11th in walks at 57.

Choo also leads the Rangers in runs scored, at 75, and doubles, at 27.