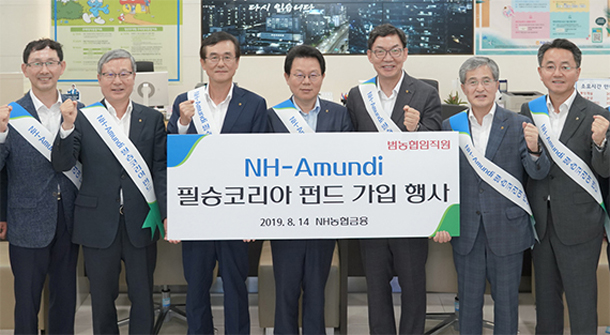 On June 16, 1998, when the shocks of our foreign currency crisis still lingered, the Kospi closed at 280.0. The historic low is a record that has never been broken and is unlikely to ever be broken. After a series of fluctuations, a form of relief made a spectacular appearance in March 1999, when the Kospi had barely hit 500.

It was the “Buy Korea” fund. With the slogan, “I believe in the Korean economy,” patriotic marketing started. It was called the second gold collection campaign. After 12 days, 1 trillion won ($826.4 million) was raised, and after five months, it surpassed the goal of 11 trillion won. In July 1999, when the Kospi hit 1,000, the fund showed nearly a 70 percent return. As the fund was invested in stocks, stock prices soared, and more money flowed in.

But the craze did not last long. After the Daewoo crisis in August that year, the IT bubble burst, and the Kospi dropped to below the 500 level again. The rate of return, which was nearly 100 percent in 1999, fell to a negative 77 percent. As many people suffered losses, money started to leave the local stock market.

I was reminded of the Buy Korea fund from 20 years ago because of the “Victory Korea Fund,” released by an asset management company. It is a product investing in companies pursuing the localization of parts, materials and equipment. It is considering investing in companies related to the 100 core parts that the government is promoting. Half of the income from managing the fund is to be donated to related research. The head of the company said that it is a meaningful attempt to join the efforts to overcome the crisis of the trade discord with Japan.

It is natural to invest in promising companies expecting returns in the capital market. It would be even better if it helps national interests. Nevertheless, I am uncomfortable that it looks like it could be a state-led fund. This fund came out amid rumors that the industry is making “funds to overcome Japan” at the request of the government. It may be coincidence, but I wonder if patriotic marketing should be truly private.