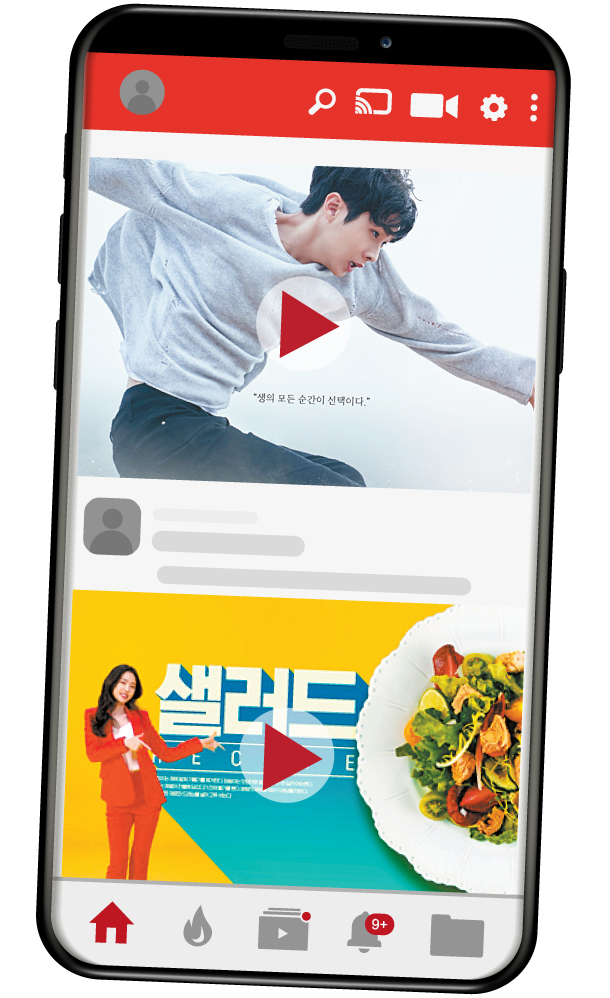 The medium may not quite be the message yet, but in Korea it’s getting close as companies start to use YouTube creatively to attract viewers who may then become customers.

Their hope is that people eagerly watch the ads, rather than being forced to, as an interruption to regular programing and then share them with friends.

In July, Oriental Brewery made an interactive movie for YouTube in which the viewer can influence the story development. Lotte Shopping is operating its own dedicated channel. Dongwon F&B released an ad about its canned tuna online, which has received more than 15 million views in a month, according to the company.

The tuna ad features actor Cho Jung-seok and singer Irene from girl group Red Velvet and received 15 million views on YouTube and Instagram.Dongwon says that the ad is the most popular in Korea this year.

The 40-second ad features Cho and Irene introducing simple recipes that can be made with tuna while singing a catchy tune using the Korean word for tuna. High schoolers say that the ad should be avoided ahead of exam time because the song is so addictive.

“We paid much attention on introducing an addictive commercial song to approach the millennials - our primary target - in a friendly and fun way,” said a spokesperson for Dongwon F&B.

Oriental Brewery announced last week that its interactive movie “AORB” received more than 4 million views in a little less than a month. Starring Choi Woo-shik, it is about the character trying to escape from a strictly controlled society without any freedom. Viewers have five options throughout to guide the character’s journey.

The movie was designed as part of the brewery’s attempt to deliver the message that drinkers of its Cass beer should respect and enjoy every choice they make.

“Our primary target for Cass beers is millennials, and the content was created to reflect their growing tendency to watch YouTube instead of television,” said a spokesperson for Oriental Brewery.

Since last year, Lotte Shopping has been operating an online YouTube channel, where its own employees introduce goods and events hosted by its companies, which includes Lotte Department Store, Lotte Mart and Lohbs. Lotte tries to introduce videos with a story that indirectly promote their goods.

One of the clips features a woman and a man in a bad relationship at a shop inside Lotte Young Plaza mall in central Seoul. Another video features a woman shopping at Lotte Department Store to celebrate a wedding anniversary.

“The ad trend today is to deliver entertainment,” said Park Gi-su, a professor who teaches cultural content at Hanyang University. “For ads to be effective, viewers have to be not just aware of the brand, but also have positive opinions on the brand that could lead them to take action. To do so, companies are introducing fun ads that people willingly look for and share with their friends.”

Park added that YouTube is a particularly effective advertising channel since the platform enables users to not just view the ads but also enables them to rebroadcast under their own name what they see.