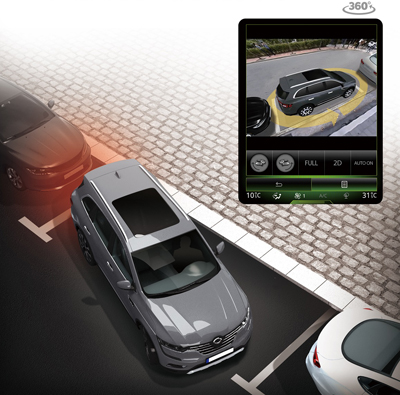 The Korean unit of the French automaker said Tuesday that the Skyview Camera system is composed of four cameras installed throughout the vehicle’s exterior that can provide real-time video of the surroundings, as if taken from above the car.

The high-resolution footage obtained from the cameras will be combined and shown on the 8.7-inch display system of the SUV model. Drivers can rotate the feed by touch to view different angles as needed and therefore avoid accidents and park more easily.

Renault Samsung Motors added that it plans to provide the system as an add-on feature for more of its vehicles in the future. The accessory system is priced at 1.1 million won ($910).