Ikea is still popular, but growth is slowing

Ikea is still popular, but growth is slowing 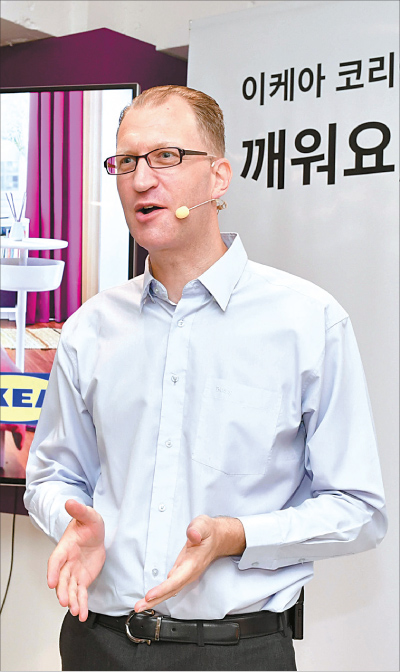 Ikea Korea’s sales growth may have dwindled in the past year, but the blue box Swedish home furnishing giant still sees its five percent on-year growth as “a big success.”

Since Ikea opened its first store in Gwangmyeong, Gyeonggi, in 2014, the company has seen double digit growth almost every year as its do-it-yourself furniture and competitive prices quickly proved popular in Korea.

Like many Swedish companies, Ikea tracks its fiscal year from September to August.

From September 2018 through the end of August, Ikea’s estimated sales stand at 503.2 billion dollars, a five percent increase from the 480.2 billion dollars in the previous year. It is the lowest sales growth since it entered the Korean market.

“We don’t see it as sluggish,” said Fredrik Johansson, IKEA Korea Country Retail Manager, at a press event held in Gangnam, southern Seoul, on Wednesday. “We see it as a big success.”

Johansson, who was appointed to his role in June, stressed that improving customer touch points is the company’s primary goal, not increasing sales.

Ikea saw the number of visitors to its physical stores fall to 8.5 million over the last year, from 8.7 million in the 2017-18 period. Johansson said that the falling number of people in stores is the direct result of an increased number of online buyers.

Although Johansson believes “there’s a correlation” between the housing transaction slump and the impact it could have on home furnishing companies, he said “the market is still there.”

Ikea currently operates two stores, in Gwangmyeong and Goyang, Gyeonggi. It will open its third store in Giheung in Yongin, Gyeonggi on Dec. 12 and plans to open another branch in Busan in the first quarter of next year. Ikea expects each new branch to create 500 jobs.

Ikea also intends to open a city center store, but it lacks specific plans about its location or the format of the store.

There are several kinds of city center stores. Planning studios in London and Manhattan, N.Y., for instance, offer a home interior consulting service to visitors, who can also place furniture orders at the store. Another form of a city center store, like the one in Paris, is a complete store just on a much smaller scale.

Celebrating the start of its new fiscal year, Ikea Korea has launched a new campaign.

“The Great Wake-up,” is a pop-up exhibition that displays furniture like beds and drawers that the company believes could enhance people’s sleep. Located in Gangnam, southern Seoul, the exhibition runs through Sept. 8.