In China, if you’re not married, you’re leftover: Director Shosh Shlam shows that pressure to marry is universal

In China, if you’re not married, you’re leftover: Director Shosh Shlam shows that pressure to marry is universal 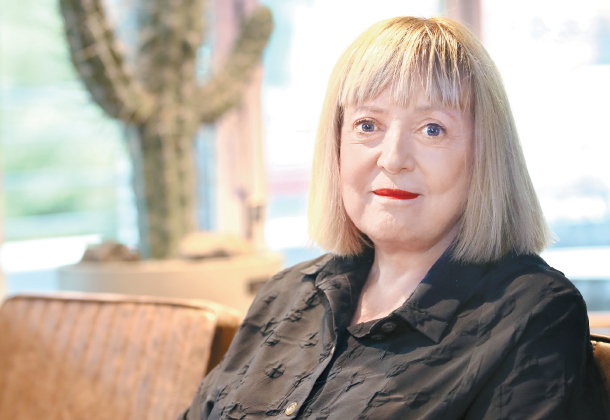 Israeli director Shosh Shlam, above, co-directed the documentary “Leftover Women” with director Hilla Medalia. The film looks at women and marriage in China. The film was recently screened at the 16th EBS International Documentary Festival, which runs from Aug. 17 to 25.

According to a 2017 BBC report, it is estimated that there will be 30 million more men than women looking for a partner in China by next year.

Recognizing the incredible gender imbalance as a threat to social stability, the Chinese government has been pressuring women to marry even though they may not be ready. In 2007, the government even labeled single women over 27 years old sheng nu, meaning “leftover women,” and added the term to the national lexicon.

“But we have to remember the target is educated women in big cities,” said Israeli director Shosh Shlam in an interview with the Korea JoongAng Daily. Her latest film “Leftover Women” was recently screened at the 16th EBS International Documentary Festival. The director came across the concept while she was working on her previous film “Web Junkie” (2013), which is about internet addiction in China.

“These women are stigmatized. And when you’re stigmatized that’s when women’s rights are hurt. This is the reason [why I made this film],” Shlam noted. 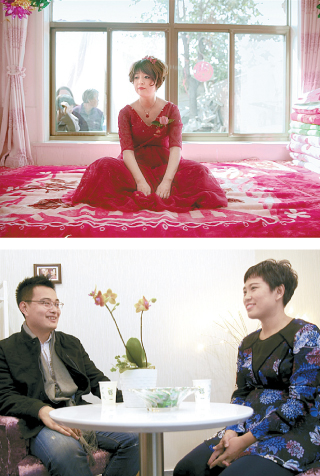 Gai Qi, top, waits for her fiance to pick her up on her wedding day. Qui Hau Mei, above, talks to her blind date. [EIDF]

Over the course of the film, three different women’s lives are portrayed. Qui Hau Mei, 34, is the main protagonist of the film. She is a lawyer who has to grapple with waves of pressure from her family and society. Xu Min, 28, is a radio talk show host who is not a “leftover woman” yet, but she is actively searching for a husband to settle down with. Lastly, Gai Qi, 36, is an assistant professor of film who gets married and has a child while filming the documentary.

The way Qui struggles between her own desires and the overwhelming pressure from her family is almost heartbreaking to see. Qui desires a partner, but with certain standards. They are reasonable expectations - he must be well-educated, respect her and her opinions and be willing to divide the housework between the two of them. But when a matchmaker listens to her expectations, they tell her that she should get a grip on reality. Being honest, the matchmaker tells Qui, she isn’t in a “good position in the marriage market” and points out that she’s “old” and needs to “soften up” if she really wants to get married.

“[Choosing not to get married or not to have a child] are things that should not be questioned, hesitated over, or be in a conflict [with] the domestic society that is deeply rooted in its conventional values,” the director told the press. “[The matchmaker] brought up a very conservative point of view and it’s clear that Qui has to follow it. [The matchmaker] treated her like she’s a product [to sell in a market].”

The director added that China is a very conservative society strictly based on classes and that it would be difficult for Qui to marry someone worthy because of her background. “It doesn’t matter if you’re a lawyer. Because she’s from a lower class, she cannot marry someone from a higher class. He [most likely] would not take her.”

After the director posted an advertisement on the Chinese social network Weibo to find protagonists for the film, she said that many women came forward to share their burdens. Although some didn’t want to be filmed, they were eager to talk about the social pressures they were facing, often from their closest family and friends.

Even if a woman might want to have a different lifestyle, Chinese children are taught to be obedient to their parents, and what most parents want for their children is to stick to the traditional convention of marriage and to carry on the family name. Marrying well in an appropriate time is considered a filial duty that a child owes to their parents.

The film includes scenes of elderly parents gathered in corners of the cities, posting information about their sons and daughters on signboards - including their height, job and place of residence.

Shlam has already had several sold-out screenings of the film in China. She said that the majority of Chinese audiences were laughing throughout the film. When she asked why, they replied “Because we’re embarrassed. It’s about us. [The film] exactly mirrors our lives.”

Although the film is focused on these Chinese “leftover” women, Shlam states that the topic stretches beyond borders. She talked about her own country, Israel, as an example. “We have this part of us - about 15 percent - that are very religious and one very important thing in Judaism is ‘to be fruitful and multiply.’ It’s like a commandment for the men. So women in these communities become baby machines confined to their families with [an average of] eight children.”

Even though the rest of the society is not as extreme, Shlam stated that the notion of marriage is always a topic that follows women.

“It’s everywhere,” she said. “[Not only in China] but also in western countries. I know in America, in Europe - it’s in the air. A women has to get married [by a certain age]. If she’s not, then there’s something wrong with her and I’m asking why. What is wrong [with that]? I hope the film provides that food for thought [for the world].”