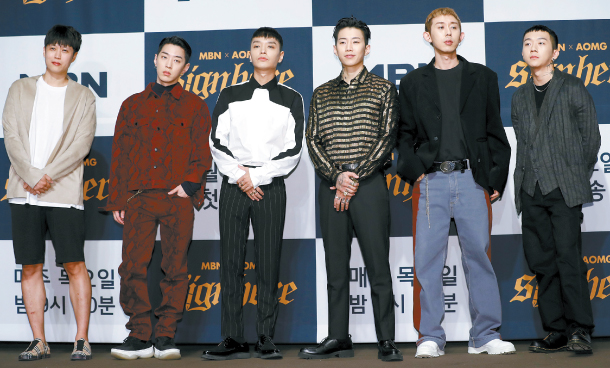 A producer from TV channel MBN, far left, and members of the hip-hop label AOMG - from left, producer Nam Seong-hyeon, rappers Gray, Simon Dominic, Jay Park, Code Kunst and Woo Won-jae - pose for photos on Thursday at the Grand Ambassador Seoul, central Seoul, prior to a press conference held to promote their upcoming audition program “Signhere,” which premiered on Thursday at 9:30 p.m. [NEWS1]