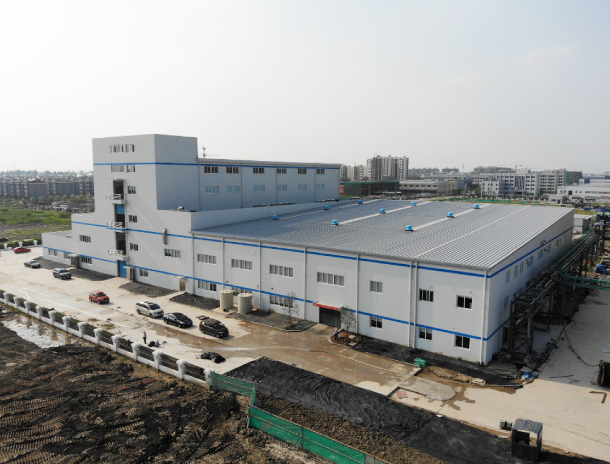 Posco has established a beachhead in the global battery market with the completion of a factory in China for cathodes used in rechargeable batteries.

Korea’s largest steelmaker announced in a statement Thursday that it held a completion ceremony for the plant in Zhejiang Province which can produce around 5,000 tons of cathodes per year.

The ceremony was attended by Oh Gyu-seok, senior executive vice president of Posco, and Huayou Cobalt CEO Chen Xuehua. Posco signed an agreement with Zhejiang’s Huayou Cobalt in January last year to set up a joint venture to run the plant. Construction began in September.

Posco holds a 60-percent stake in the venture, which is named Zhejiang Posco-Huayou ESM (ZPHE), while Huayou Cobalt owns the rest. Huayou Cobalt is the largest cobalt producer in the world and has its own nickel mine.

Posco said that by collaborating with Huayou Cobalt it has secured a stable distribution network and price competitiveness in cathodes. Production will begin at the new plant near the end of the year, a year earlier than planned.

The steelmaker added it is considering building additional factories in China.

With the completion of the new plant, Posco has now secured cathode production capacity of 20,000 tons per year in and out of Korea, and by next year it plans to expand the level of investment as needed to increase the capacity to 45,000 tons per year.

Posco reported 1.07 trillion won ($883 million) in consolidated operating profits in the second quarter this year, down 15 percent from the same period a year earlier, largely due to the high prices of raw materials and slow global demand for steel.