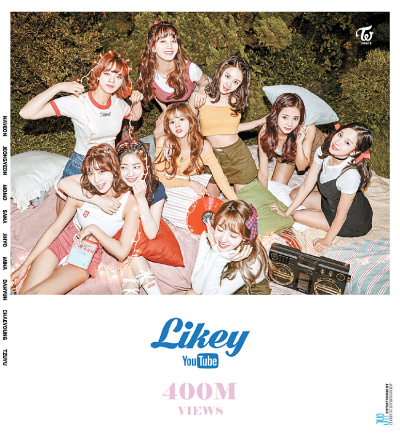 The members of Twice posted a congratulatory post through their official social media accounts, thanking the fans who made it happen.

According to the agency, the music videos for all 11 of Twice’s lead tracks have been seen over 100 million times each, from the very first video “Ooh-Ahh” in 2015 to the most recent track, “Fancy,” which came out in April this year.

Twice held 10 concerts around the world as a part of their world tour series this year and is currently preparing for their next album.