Trot singer wants out of contract

Trot singer wants out of contract 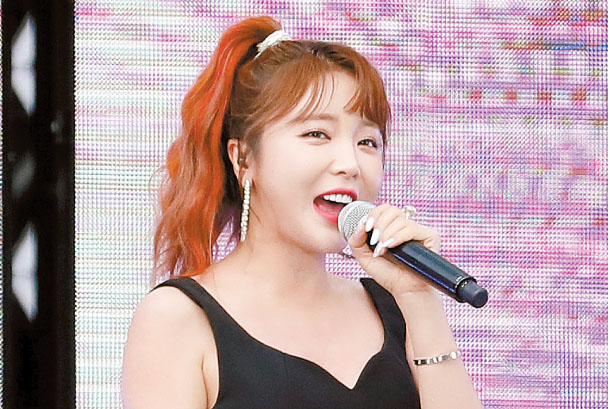 Popular trot singer Hong Jin-young is taking legal action against her management agency to nullify the contract she has had for over five years.

On Aug. 23, the singer uploaded a lengthy post on her Instagram account where she claimed she lost trust in Music K Entertainment after it forced her to overwork and failed to properly compensate her.

“My health suddenly deteriorated and I even had to get surgery because of inflammation in my lower abdomen. Even though I expressed my pain numerous times, the agency forced me to carry out my schedule,” Hong wrote, adding that she suspected that she wasn’t receiving her full due and that the company hadn’t apologized.

It didn’t take long for Music K to refute her claims.

In an official statement released later on Aug. 23, the agency argued that it had increased Hong’s share of profits over the years, paying her over 10 billion won ($8.24 million) in the past five years.

It further added that the singer had begun making unreasonable requests in June, and that the company wasn’t informed about her surgery.

The statement also included that the agency’s contract with Hong remains valid.

The dispute comes as a surprise as Hong had been working with the staff who make up Music K for around 10 years, even before the company was established.