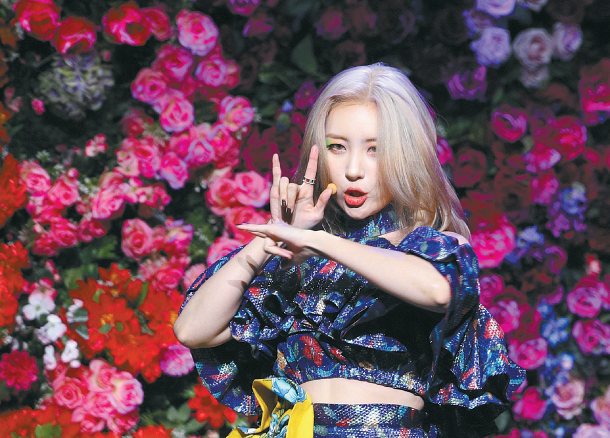 Singer Sunmi performs during a showcase for her latest single “Lalalay” held at Yes24 Live Hall in eastern Seoul on Tuesday. Featuring dancehall and Latin influences, the singer said she was inspired to write the song during her March tour held in North America and Mexico. The song was released through online music streaming services at 6 p.m. on Tuesday. [NEWS1]