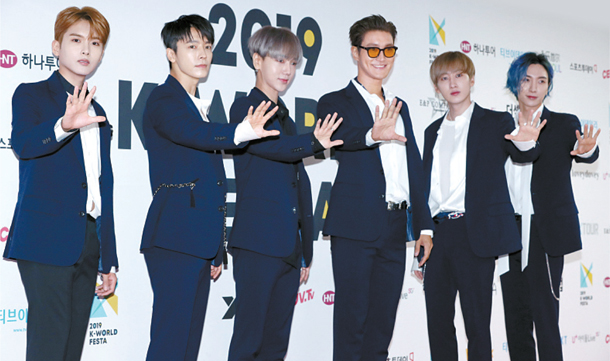 Veteran boy band Super Junior will be kicking off a new leg of their world tour series soon, their agency Label SJ said on Tuesday.

“Super Junior will begin the eighth season of their ‘Super Show’ world tour series with concerts on Oct. 12 and 13 at the KSPO Dome (southern Seoul),” the agency said.

“Super Show” is the title of the group’s world tour franchise that they began in February 2008, through which they have performed for fans in over 30 cities around the world so far.

The upcoming concert marks the beginning of the group’s new journey and also their first official performance since all of the group’s members have finished their military duties.

Tickets will open for members of the Super Junior fan club on Sept. 3 at 8 p.m. through ticket seller Yes24’s website and on Sept. 5 for the general public.