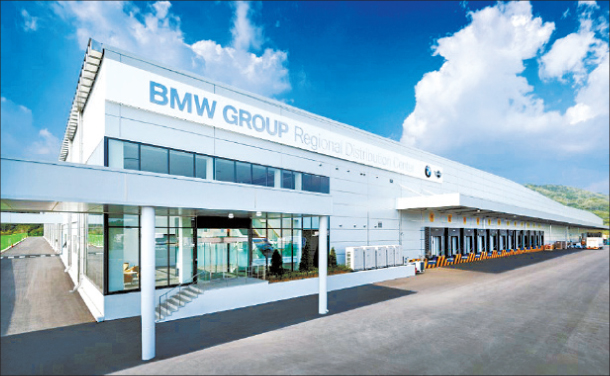 The South Korean unit of the German automaker announced at a media event Wednesday that it will enlarge its 57,000 square-meter (610,000 square-feet) regional distribution center in Anseong, Gyeonggi by 31,000 square meters by 2022.

It houses 86,000 types of auto parts for BMW and Mini vehicles. With the expansion, the South Korean unit promises to be prepared for any emergency including cars bursting into flames, as they did in the country last year.

“We worked night and day to make sure all of our recalls are completed on time,” said Jung Sang-chun, head of after-sales service for BMW Group Korea. “We have a number of improvements planned to improve our after-sales service.”

In July 2018, a faulty exhaust gas recirculation (EGR) system in some BMW diesel models caused dozens to burst into flames across South Korea. BMW Korea voluntarily recalled around 170,000 vehicles in the four months after the incidents.

“We were also exhausted after last year’s incidents, and the expansion will help us be better with fulfilling our customers’ after-sales service moving forward.”

The expanded distribution center will be the destination for auto parts the automaker brings to South Korea via a recently tested new route: by rail from its headquarters in Germany to China.

BMW Group Korea currently uses two methods to bring auto parts into the country. Air shipping is fast but expensive. While cargo ships can bring in huge quantities of parts, that usually take around 60 days.

By using trains to move parts all the way from Europe to South Korea, BMW Group Korea believes its supply chain will be greatly improved. Although no direct route is available at the moment as South Korea remains separated from North Korea, the local unit of the German automaker said it would use cargo ships to bring the auto parts from China to South Korea.

BMW Korea said its expansion will open up at least 100 jobs.