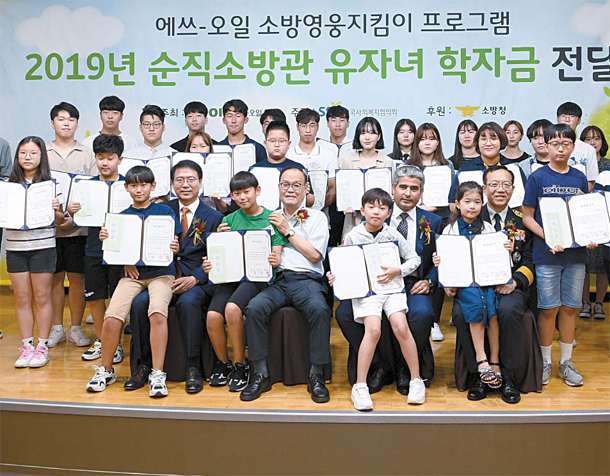 S-Oil CEO Hussain Al-Qahtani, front row second from right and S-Oil President Ryu Yeol, front row left, pose with recipients of the “Hero Firefighter Program” scholarship at Yongsan Fire Station in central Seoul on Wednesday. A total of 210 million won ($173,000) was granted to 70 children of firefighters that died during the course of their duty. S-Oil has been presenting the scholarship to children of fallen firefighters since 2006. [S-OIL]